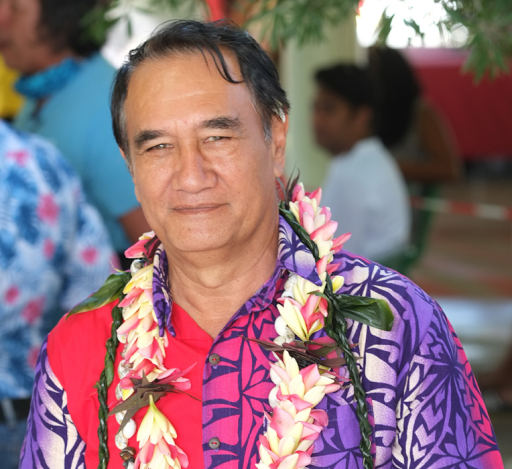 Tahiti, November 16, 2020 - Antony Géros succeeds Benoit Kautai as President of the Higher Council for the Public Service of the Municipalities. The tāvana of Paea is elected against the mayor of Mahina, Damas Teuira, the candidate supported by the mayors in the Council.
Antony Géros, will be the president of the Superior Council of the Public Service of the Communes (CSFPC) until 2026. He succeeds Benoît Kautai who had been in office since 2014. The mayor of Paea, president of the sovereignist group Tavini Huiraatira at the assembly from French Polynesia, was elected Wednesday, November 4 against the city councilor of Mahina, Damas Teuira and despite the support given to the latter by the elected municipal officials represented within the CSFPC.
If for this election the candidacy Géros obtained the support of a strong majority of the members representing the trade unions with the exception of the three representatives of A Tia i mua, it above all received five precious votes among the 10 representatives of the municipalities, of open support for Damascus Teuira. Out of the 20 votes cast in this election, the new CSFPC president obtained 12 votes in his favor.
"Antony Géros is a municipal agent. He is the former secretary general of the town hall of Faa'a. He knows the problem of municipalities ", defends one of the representatives of the trade unions. " Unlike Damas Teuira, who was originally an official of the Country ."
The Superior Council of the Municipal Public Service is intended to be consulted for an opinion on all draft texts relating to the statute of the municipal public service and to the rules relating to the organization of this branch of the public service.
The next major project for the CSFPC is the cleaning of the January 2005 ordinance on the general status of civil servants in municipalities and groupings of municipalities in French Polynesia as well as their public administrative establishments. This text has been applicable since 2012. The opinion of the CSFPC on the grooming project submitted to it is expected next January at the latest.
Posted by Overseas Review at 1:26 PM