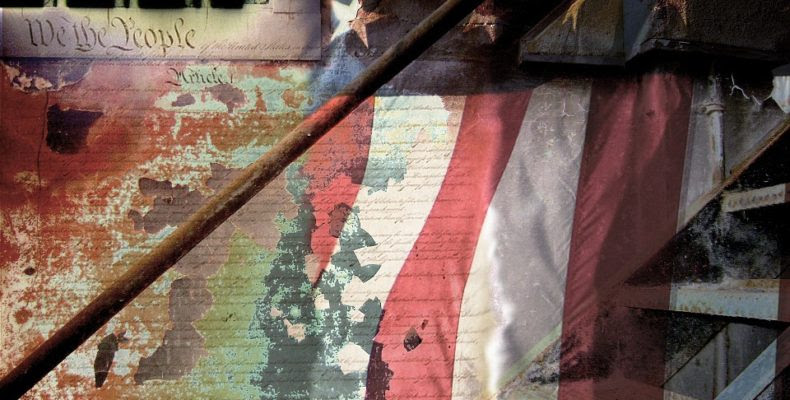 Embracing the“last resort” option of a national campaign to amend the Constitution is really an admission by “We the People Project” that federal litigation and even legislation approved by Congress can not confer the same rights in territories that citizens have in the States.

Full citizenship rights come with statehood
or free association or independence - OTR)
Indeed, the only remedy the courts can provide to enhance the constitutional status of the territories is to overturn the 1922 Balzac v. Puerto Rico ruling that the unincorporated territory status doctrine applies even after Congress grants U.S. citizenship.
That would restore the historic principles of the Northwest Ordinance and federal court ruling prior to 1922 consistently holding that granting statutory U.S. citizenship incorporated territories into the Union under the Constitution, which then would apply fully upon admission to statehood.

Accordingly, the only legislation Congress can enact to vindicate the promise of equal U.S. citizenship rights in a territory is a statehood admissions act! That is why “We the People Project” litigation seeking judicial rulings are unlikely if not unable to resolve the political questions arising when U.S. citizens remain in a constitutionally temporary and less than equal political status for far longer than intended or expected by the authors of our Constitution.

Congress and the federal courts have failed to resolve the legacy of decades in which denial of full democracy has persisted for territories at the national level. “We the People Project” leader Neil Weare’s retreat from litigation that raised high expectations to the grandiose notion of an amendment under Article V of the U.S. Constitution merely invites the territories to recycle the same old discarded draft constitutional amendments proposed in decades past.
READ THE FULL REPORT HERE.

Posted by Overseas Review at 8:20 PM No comments: