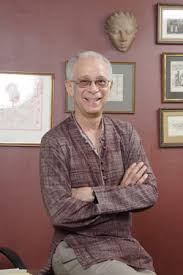 The book El caribe, dependencia, integración y soberanía, [The Caribbean, Dependence, Integration and Sovereignty], by the Jamaican professor Norman Girvan was presented this morning in the José Antonio Portuondo Hall at the San Carlos de la Cabaña fortress by Dr. Tania García and Professor Silvio Baró, both of them specialists in problems of underdevelopment.
Emancipation from mental slavery in this geographical area is brandished as the central theme of the text, in which the author merges his status as an academic with that of a political person, in order to tackle in a masterful way aspects that are inherent to this very old although not exhausted problem.

In keeping with all of his work, this book makes an important contribution to the formation and renovation of anti-hegemonic Latin American and Caribbean thinking, as Tania García pointed out. She also attributed this result to a transdisciplinary analysis, which is the only way to achieve a holistic view of reality.

For his part, the researcher Silvio Baró observed that El Caribe… is a text that gathers together, in several essays, all the phases traversed by the peoples of the region in pursuit of their integration. It also examines the relations between these peoples and their former metropolitan centres.

Apart from the praiseworthy perceptions the work offers, the author himself insisted on being self-critical, pointing to the absence from the text of two themes that are of indispensable relevance for this specific analysis. Those are: a Pan-Caribbean perspective and a class analysis, specifically of class conformation within the Caribbean.

Nevertheless, the book explores and systematizes other elemental aspects, such as the relationship between constitutional independence and substantial sovereignty, as well as the connection between them and the imperative of achieving regionalism in the Caribbean.

Professor Graciela Chailloux, the panel’s moderator and author of the Foreword, stated that this book, the result of coordination between the University of Oriente and the Casa del Caribe, constitutes a further step in the unparalleled effort made by Cuban scientific and literary institutions to make the intellectual legacy of the region widely known.

The morning session, more than being the mere presentation of a book that is of exceptional value for the future of the peoples of the Caribbean, became an opportunity for the reflexion on and the exchange of ideas among renowned figures in that field of study.


Posted by Overseas Review at 9:49 PM No comments: