St. Eustatius declares right to full measure of self-governance based on UN charter. 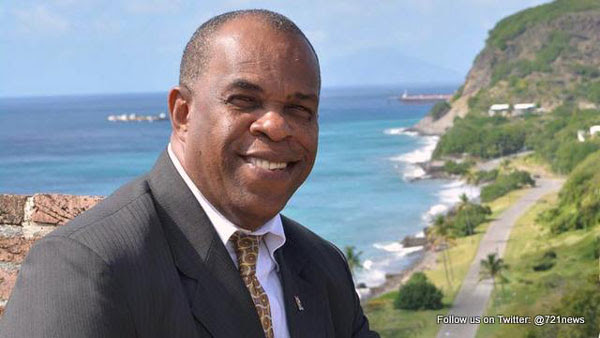 The government of St. Eustatius (Clyde van Putten) surprised the Dutch Government on Monday morning when they sent a letter to the Kingdom Council of Ministers, Minister of Interior and Kingdom Relations Ronald Plasterk, the second chamber and Prime Minister of the Netherlands Mark Rutte informing them of the decision the Island Council of St. Eustatius has taken based on Sint Eustatius right to a "full measure of self-government" as laid out in the UN Charter and relevant UN resolutions, certain planned and enacted legislation (e.g. the WoiBES, and the draft legislation to permanently embed St. Eustatius into the Dutch Constitution), as well as measures (e.g. the preliminary supervision and other types of unlawful interference by the Minister of the Interior and Kingdom Relations in the Internal Affairs of St Eustatius) imposed on the Government and people of St Eustatius by the Government of the Netherlands as of October lOth, 2010, clearly manifest an intrinsic inconsistency or conflict with the UN Charter and relevant UN resolutions.

The letter to the Kingdom Council further states that The Island Council of St. Eustatius, exercising its right to a “full measure of self-government” pursuant to Chapter Xi of the Charter of the United Nations in combination with UN Resolution 742 (VIII) of November 27, 1953:

1. Declares any provision in the WOLBES which is in conflict with St. Eustatius’ right to a “full measure of self-government” inoperative.

2. Abolishes the position of governor or Lt. Governor of St. Eustatius effective January 1, 2018

3. Declares that all documents emanating from the Government of St. Eustatius requiring the signature of the governor shall effective immediately be signed by a person designated by the Island Council of St. Eustatius.

4. The Island Council of St. Eustatius decides when a provision in the WOLBES is in conflict with the right to “a full measure of self-government”.

Since then, and without said answer having been received by the Executive Council, both you and the minister of the Interior and Kingdom Relations presented the draft legislation for said embedding of Sint Eustatius in the Dutch constitution to the newly elected Dutch Parliament on March 23rd,2017. This appears to be a clear indication that the petition of January 4th, 2017 has been ignored.

The Dutch Parliament also requested you to inform them about the content of the Executive Council's letter, and your reply to it, no later than February 14th,2017. As far as I have been able to determine, this information has not been provided to the Dutch Parliament.

Meanwhile, as proposed by the Executive Council in a letter dated March 14th, 2017, a process of dialogue between the Executive Council and the Government of the Netherlands is being prepared under the guidance of a committee of four "wise men" appointed jointly by the Governments of Sint Eustatius and the Netherlands. The objective of said dialogue is to come to lasting solutions for the differences of opinion between both Governments, including the manner in which the Government of the Netherlands has dealt with Sent Eustatius' right to self­-determination and full internal self-government.” Excerpts are taken from the letter sent by Van Putten to the Dutch Government.

Click here to view the full content of the letter sent to the Kingdom Council on Monday.