DELIVERED BY PREMIER AND MINISTER OF FINANCE
DR. THE HONOURABLE D. ORLANDO SMITH, OBE
DURING THE FOURTH SITTING OF THE SECOND SESSION OF THE THIRD HOUSE OF ASSEMBLY OF THE VIRGIN ISLANDS
MONDAY, 16th JANUARY, 2017


Charting Our Course: Positioning the Virgin Islands for the Future 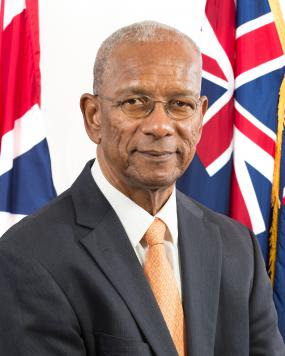 Madame Speaker, I thank God for his mercies in allowing me to present my Government’s 2017 budget for the people of this Territory under the theme: Charting Our Course: Positioning the Virgin Islands for the Future.


I do so with great pride in the presence of Elected Representatives, Senior Government Officials, Residents of this Territory and everyone who is listening to me via the various forms of media.
Budget day is perhaps the most important date on the Government’s annual calendar of activities because it allows the Minister of Finance to outline the manner in which the Territory’s Finances are being managed for the benefit of the people who have sent us to this Honourable House to conduct their business.
Madame Speaker, this budget is important for many reasons, among others, because it is being presented against the background of remarkable global changes.  For example, we have seen major international developments including Brexit, new and different leadership within the United States, significant regulatory changes and pressures to our financial services industry, all of which present varying degrees of challenges for BVI.  But equally, all have presented us with opportunities to improve our business, our infrastructure and our people.
Take the Brexit vote for the UK to leave the European Union, for example.  This surprised the global community and brought into question whether the future solitary posture of the UK will augur well for itself and its Overseas Territories.  Despite the questions, I see it as an opportunity for the BVI to seek a deeper and more meaningful dialogue with the United Kingdom, and I have endeavoured to do just that, Madame Speaker.
You will recall that my Government requested of the British Government that the BVI be included in the exit negotiations with the EU on those points that directly affect our industries and our future.  This, we feel, could set the stage for the deeper levels of dialogue which we seek. In fact, early in February, together with other Overseas Territories leaders, we will continue this important dialogue at a Brexit OT's Conference in the United Kingdom.
Madame Speaker, the BVI, with the remainder of the world, anxiously await the Trump presidency.  Why?  Because the North American market supplies the overwhelming majority of the tourists who visit our shores, and most of our trade is done within that market.  A challenge?  Surely, but also an opportunity!
READ THE FULL BUDGET ADDRESS HERE.
Posted by Overseas Review at 12:14 PM No comments: