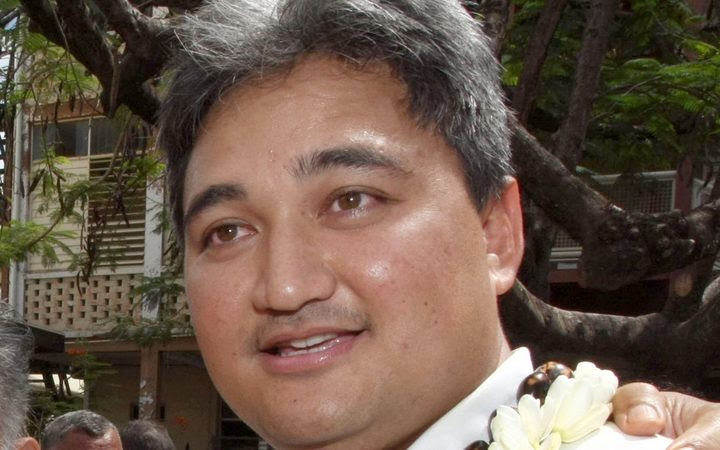 RICHARD TUHEIAVA: There are two new provisions in the resolution of the General Assembly of the United Nations that have been successfully inserted under our initiative, the Tavini Huiraatira. One of the provisions is dealing with the report of the secretary-general of the United Nations on period of nuclear testing in French Polynesia, especially the economical, the environmental and the health consequences of these testings. The second provision was pretty much of importance to us too and it is the assertion of the General Assembly that the Maohi people, the Polynesian people here in French Polynesia were fully and permanently sovereign on the natural resources, including the mineral resources of our ocean, the economic exclusive zone of French Polynesia. On the other hand the work of the administrating power, France , the state of France, at the UN level is really hard and there is still no place for cooperation or dialogue within the work and the debates of the C24 at the moment because France is not showing up. And every time the case of French Polynesia/Maohi Nui is considered at the UN level, the ambassador of France is standing up and moving from the room until the item, the agenda item, is closed.
WALTER ZWEIFEL: What does that mean? That France can stay away forever?
RT: Well it is still the same of what happened once upon a time for New Caledonia/Kanaky. The first years after Kanaky was relisted on the UN list, France did the same and after five or six years the dialogue took place because France came back around the table for the discussion. From our understanding, what we understand is that France is still not acknowledging the fact that we have been enlisted on the C24 list. That is a matter of urgency for us because as long as France is not going to be able to discuss and come for the dialogue that we are waiting for it's not going to be possible to implement decisions concretely on the field if the administering power is not playing the game.
WZ: At the last meeting in the Carribbean there was a delegate from the French Polynesian government suggesting French Polynesia be taken off that list. How successful could that be, that bid to take the territory off altogether?
RT: It's not a new position that has been taken by the local elected government of French Polynesia. I would just mention that when French Polynesia/Maohi Nui was relisted it was not because the minority or majority of the population of our territory was voting for. The General Assembly of the United Nations back in 2013 took a decision, without a vote, to reenlist Maohi Nui on the list because the international community was assured and aware that French Polynesia was not meeting the criteria of a self-governing territory.
Posted by Overseas Review at 2:26 PM No comments: