THE QUESTION OF STATUS AND THE VIRGIN ISLANDS


OF THE UNITED STATES

Presented by TREGENZA A. ROACH, Esq. 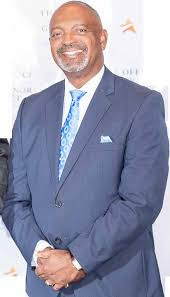 Greetings Madame Chair, to all the members of your Committee, to all the representatives of other Non Self Governing Territories, to all the experts gathered here, ladies and gentlemen. I greet you as well on behalf of my Governor Albert A. Bryan, Jr. who was elected with me in November 2018 and inaugurated on January 7, 2019.

I thank the Government and the people of Grenada for their gracious hospitality, and I thank this Committee for the invitation to speak on the critical issue and noble endeavor, eradication of colonialism.

Although this will be my first time engaging many of you, this is actually the fourth time that I will be addressing this Committee on this topic. In fact, it has been exactly one decade since my last presentation in 2009 when the seminar was held in Basseterre, St. Kitts and Nevis.

At that time, I presented shortly after the conclusion of a University project, a program of public education in support of the Territory’s Fifth Constitutional Convention. An expected outcome of the Convention was a constitution drafted locally, which would replace the United States federal Organic Act which first organized a Government for the Virgin Islands when the Territory and its people were purchased from the Kingdom of Denmark in 1917. The year 2017 marked the 100th Anniversary of that acquisition.

I want to return to the purchase because it is essentially the reason why we are here and why the status of the Virgin Islands is a very different matter than our closest US neighbor in the Caribbean, the island of Puerto Rico whose relationship with the United States has its origins in the Spanish American War. We reference Puerto Rico because we want to be specifically on the alert for those in the United States who might suggest that our status issue might be resolved together. The status of Puerto Rico with its unique history and culture and with a population of more than 3 million to our 105 thousand and more people than several US states, and the status of the US Virgin Islands require separate treatment.

Our present status, though it was acquired more than one hundred years ago, represents the shameful act of the purchase of land and people in the relatively modern era, many decades after the Emancipation in all the territories framed by European slavery. In fact, it took 15 years after the purchase before the United States fully conferred its citizenship on the people of the Virgin Islands. These people had essentially been left stateless during this period, having neither the citizenship of the previous colonial power, nor the new.

When the Congress passed Public Law 94-584 authorizing a locally drafted constitution, as referenced earlier, that law also provided that any Constitution adopted by the people of the Virgin Islands would require the approval of the Congress of the United States.

In its efforts to address the eradication of colonialism, the United Nations has provided in Resolution 1541 guidance by which this body would evaluate any movement by a territory to the path of being fully self governing.

You have said, through this Resolution, that a Non Self Governing Territory can be said to have reached a full measure of Self Government by:

In the context of this Resolution, the adoption by a NSGT of a constitution which would first have to approved by the administering power, would not be endorsed as a movement to more self government.

The present Government of the United States Virgin Islands recognizes the need for the Territory to embark on a new and meaningful conversation regarding its status which should culminate in a status referendum within this four year term.

However, we are mindful of critical issues to which we must speak. One such issue which we have avoided and continue to avoid, despite the fact that it rears its head every time we arrive at a juncture such as this, is identity. Questions of constitutions, status, self government, are inextricably bound to the issues of identity.

Throughout the Constitution project, there was a sentiment that Native Virgin Islanders should be entitled to special recognition “because they represent the ones who were colonized, who did not have the opportunity to define and determine their destiny as a people and as a self-governed entity.”

That position, is clearly not shared by all. An opposing sentiment is raised by large numbers of migrants from the Eastern Caribbean who believe that living and raising families in the Territory for the previous four or five decades or more entitle them to play a part in the political fate of the Territory.

It is echoed as well by large numbers of United States Citizens who have moved to the Virgin Islands from the continental United States and who trumpet their rights under the United States Constitution and controlling federal law.

Despite opposition to the idea of a special treatment for the group of persons who identify as native and who can trace their presence in the Territory back to Danish times and to the acquisition by the United States, it is an important issue which demonstrates the question of identity which confronts a place as it wrestles with both the idea of self determination and self government. The issue will not go away for a place which has witnessed tremendous demographic and political change, dating largely to the decades beginning with the 1960s.

Looking at the latest 2010 Census data, for example, we learn that our population reflects just about 70 percent native born with the remainder coming from the Eastern Caribbean Islands, the Greater Antillean Islands, several of the countries of North and South America, several European Countries, several nations of the Middle East, Israel, Palestine, African nations and others.

Second is the challenge of public education about the United Nations’ decolonization imperative. How do you even manage a conversation which in any way suggests a disassociation with the behemoth United States whose Government and culture have made significant impacts on the culture of the Territory since the imposition of its rule?

We would welcome the presence of the UN as an objective and credible voice regarding the decolonization process which extends not just to land, but to mind and body. We would also welcome your financial and other resources which can serve to advance the dialogue.

With the last constitutional effort in 2008, the funding devoted to public education was provided by the local government. That should not be the case, As a member state, and as an administering power, the United States should support financially status discussions and further pursuit of self government.

Madame Chair, I close by observing the paradox in which we find ourselves, a decade for decolonization has morphed into three, and from some perspectives, so much more is left to be accomplished with regard to the eradication of colonization. Yet the colonization of which we speak did not happen in a day, did not happen in three decades, but has in fact persisted for hundreds of years. The task is daunting, but it is pregnant with meaning. We must stay the course.

I thank you for the opportunity to engage on this topic. I look forward to spirited and valuable dialogue.

Posted by Overseas Review at 7:51 PM No comments: