''THE PATH TOWARDS ECONOMIC GROWTH'' 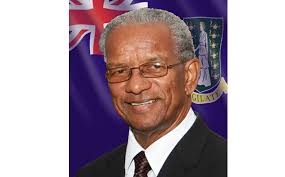 1. Madam Speaker, I move that the bill entitled, Appropriation Act 2013, be read a second time and that in so doing invite this Honorable House to extend its customary indulgence, in permitting me to read the Budget Address.

2. Madam Speaker I would like to first thank God for the good fortune of these islands during the past eight months and more as we have been spared the wrath of natural disasters that affected many of our neighbors in the Caribbean and the North Eastern United States. Allow me to also express my sincerest appreciation to the people of the BVI for being patient through this period of significant challenge.

3. I am today happy to say that in keeping with our strong maritime traditions, we have weathered the storm of the global economic down turn, and righted the ship; it is now time to adjust our course onwards on “the path towards economic growth”. Madam Speaker on this course we will need all hands on deck.

4. Just over a week ago the US reelected President Barack Obama. Many of us experienced a great sense of euphoria at this outcome, but we noted that the very next day the stock market plunged, driven by concerns about a slowing economy in Germany and other parts of Europe; and of course the debate relating to averting the 'fiscal cliff' began in earnest. It is no secret that our economy is hitched to that of the United States. We use their currency as our only tender, the greater part of our tourism comes to us from or through that country, we import most of our goods and services from there, and many of the investors among us hail from that nation as well. We therefore know and must bear in mind, that a
sneeze in the US economy inevitably results in our catching the flu, and so we must maintain focus on the outcome of developments in the US over the next several weeks.

Posted by Overseas Review at 9:17 PM No comments:

~ Records 7% increase during first half ~

PHILIPSBURG--St. Maarten continues to prove itself as a preferred destination for travellers with a seven per cent increase in passenger traffic during the first seven months of 2012 compared to the same period in 2011, exceeding the world average of six per cent.

The figures revealed during the Strategy Summit held at the World Routes conference in Abu Dhabi, United Arab Emirates, show that St. Maarten has held its own despite the economic and financial challenges faced by nations around the globe.

Various airlines servicing the island also revealed that they were showing healthy load factors for the country, with some indicating that performance of their St. Maarten routes exceeded company expectations.

JetBlue announced that the performance of its San Juan-St. Maarten route during the slow period was better than the airline had anticipated, while United Airlines said its extended seasonal service had surpassed expectations. Delta, the third-largest airline in the world, reported that its load factor to the island was a very healthy average of 90 per cent.

"As a destination that focuses many efforts on tourism, we are thrilled with these figures," said St. Maarten Tourist Bureau interim director of tourism Augusto Priest. "We will continue to work diligently to promote St. Maarten as a destination of choice and that would enable us to increase passenger traffic."

Officials of the Ministry of Tourism, Economic Affairs, Transport and Telecommunications and of the St. Maarten Tourist Bureau, and management of PJIA (airport code SXM) participated in the St. Maarten delegation at the conference.

Posted by Overseas Review at 9:16 PM No comments: