"Since France controls foreign affairs of the non self-governing territories of French Polynesia and New Caledonia, full membship of these colonies (in the Pacific Islands Forum) now provides for France - and by extension the European Union - to be directly involved in the decision making of the institution and its subsidiary organs. These colonies have no real legal nor political authority in international decisions, and effectively represent the interests of France who is their administering power under international law. It is a classic case of political surrogacy, and amounts to the acceptance of France and the EU as full members of the group. Using the leaders of the French colonies to enter the Forum was a shrewd tactical move on the part of France, and it is surprising that it was permitted to go forward. The previous associate membership category was designed exactly for colonies which do not exercise autonomous power. This is the proper category for non-sovereign territories in international organizations which limits their influence in the decision-making process. In the final analysis, the ultimate losers are the Pacific small island states who may have compromised the integrity of the Forum." - a Pacific scholar.


By Pita Ligaiula in Apia, Samoa


The Forum Fisheries Agency (FFA) is expected to get a clear explanation from the Forum Leaders Meeting this week on the implication of New Caledonia and French Polynesia becoming a member.

Concerns have been raised by some quarters that FFA strategic and confidential positions on the management and conservation of tuna have been compromised with the inclusion of France – through its Pacific territories -- into its membership. 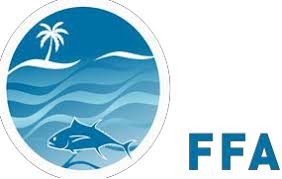 When questioned at a regional media workshop in Apia, Director General of Forum Fisheries Agency, James Movick said any new member of the Pacific Islands Forum qualifies to become a member of FFA.

“The implications of New Caledonia and French Polynesia becoming members of the Forum is that any country that is member of the Forum has the right to automatically accede to the FFA convention.

“In this case it appears that New Caledonia and French Polynesia may have the right to automatically accede the convention.

“The issue for the Pacific Island countries for any new member coming in is the degree of compatibility and coherence between the general fisheries framework which is applied by the FFA member countries- which is one of the very strong zone rights based management and of the rights of coastal states to have allocation rights with regard to that resource.

“What we are trying to ascertain now is the extent to which fisheries management laws and regulations that apply in French Polynesia and New Caledonia would be compatible with the general FFA approach, the FFA member approach, legal approach, the policy approach, so that is still not yet fully understood in all aspects. We are having ongoing discussions,” said Movick.

He stressed that the French Territories are not pushing to become a member as soon as possible.

“French Polynesia and New Caledonia have taken the position that they also have much to learn about what it would take to be a member of FFA and so they’ve not pushed strenuously for membership at this stage. They have engaged with us at the last Forum Fisheries Committee with the view to try and understand better the implications.

In the meantime we don’t yet know whether the process of New Caledonia and French Polynesia full accession to the Forum Agreement itself has yet to be competed, so these are some of the issues we are looking forward to get some response here at this Forum from our leaders,” said FFA DG.
Posted by Overseas Review at 10:32 AM No comments: