The Permanent Conference of Political Parties of Latin America and the Caribbean  (COPPPAL) at its 30th Session in October 2012 adopted a resolution calling on the United Nations Decolonisation Committee to examine the potential of re-listing Bonaire as a non self-governing territory. 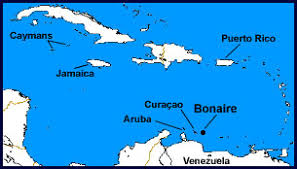 Good morning to all our brothers in the Americas and the Caribbean who are here present. For us it is a great privilege to be here and to experience this extraordinary union, uniting political parties is to unite the voice of the peoples of the Americas and the Caribbean. And the final goal is to serve the peoples well-being and welfare unconditionally.

I will share one experience I had in the lift of this hotel yesterday that will explain everything we want to present to you today.

A colleague from Haiti whom I met in the lift tried to guess my country of origin and start mentioning almost every Caribbean country and following with the Central American and South American countries. Finally I told him no, I'm from Bonaire, which name he never heard before ... and that our language is Papiamentu but that we can speak English as well Spanish well so we can communicate without major difficulty to you all . This experience I’m sharing with you is our essence of our resolution that we are presenting to you today.

We are part of you; we are part of the family of the Americas and the Caribbean. We are now in a very serious situation. Our existence as original people of the island of Bonaire is in real danger of being exterminated. We were sent back in the colonial era, we are governed by the cosmopolitan state, which are imposing laws, regulations and more and are changing everything through their financial power and administrative mechanism. Our dignity and pride of our people is decreasing and our identity is disappearing every day our people is under this regime. Yes my friend of Haiti, and yes Haiti where the history of decolonization of the Americas started, and everyone else here today you are experiencing a systematic legal extermination of our Bonerian people. Maybe it was destiny for us to meet yesterday in this lift, and yes at this rate that they are executing this re-colonization and extermination plan on us, you shall witness the disappearance of one of your original people, one of the unique nations of the people of the Americas and the Caribbean. 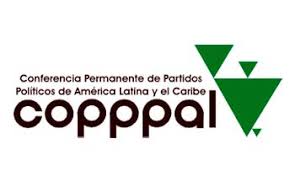 A resolution was subsequently adopted by COPPPAL  for consideration by the United Nations General Assembly:


"The thirtieth session of the Permanent Conference of Political Parties of Latin America and the Caribbean  (COPPPAL) Plenary meeting in Mexico City on October 12, 2012 expresses its deepest concern over the condition of inferiority and political subordination that has been in effect on the island of Bonaire after the dissolution of the Netherlands Antilles without the population of Bonaire have fully exercise their right to self-determination.

COPPPAL is urging the Special Committee on Decolonization of the UN to examine the case of Bonaire and to determine whether in the light of re-colonizing maneuvers of the Netherlands should be declared by the General Assembly that Bonaire is still a non-autonomous territory under the international law, and therefore justifies the inclusion of Bonaire in the list of these territories, and requests the Netherlands to fulfill their decolonizing responsibilities under resolutions 1514 and 1514 of the General Assembly of 1960."