COMMUNIQUE ISSUED AT THE CONCLUSION OF THE
TWENTY-FOURTH INTER-SESSIONAL MEETING OF THE CONFERENCE OF HEADS OF GOVERNMENT OF THE CARIBBEAN COMMUNITY (CARICOM),
18-19 FEBRUARY 2013,
PORT-AU-PRINCE, REPUBLIC OF HAITI 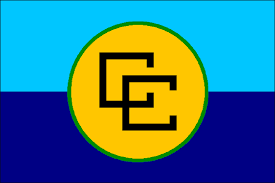 (CARICOM Secretariat, Turkeyen, Greater Georgetown, Guyana) The Twenty-Fourth Inter-Sessional Meeting of the Conference of Heads of Government of the Caribbean Community (CARICOM) was held in Port-au-Prince, Republic of Haiti, from 18-19 February 2013.  His Excellency, Michel Joseph Martelly, President of the Republic of Haiti, presided.

Special Guest in attendance was the Attorney-General of the United States of America, Honourable Eric Holder Jr.

The Conference received with interest the address made by the Premier of the Turks and Caicos Islands.  It was the first meeting of the Community at which the Turks and Caicos Islands had been officially represented by a democratically elected Government since the suspension of its constitution in August 2009, and a three-year period of direct rule by the United Kingdom Government.

The Conference noted with grave concern that, though the elections of November 2012 had led to the restoration of representative government, the overall state of political affairs remained less than desirable and the restoration of true democracy was still a far way off.  The 2011 constitution, conceived in London and thrust upon the people of the Turks and Caicos Islands when they were without representation, was viewed as a mere by-law for the continuance of direct rule under the pretext of representative democracy.

Of additional concern were the challenges emanating from the workings of the justice system in relation to the criminal investigations that followed the commission of enquiry, and what was portrayed as "constant infractions of democratic principles and insults to the ideals of elected government".

The Conference noted the reaffirmation of the Turks and Caicos Islands Government's commitment to the Caribbean Community as well as the expressed appreciation for the pronouncements of the Community on the situation in TCI.  It was decided to continue to keep the situation under close review and to raise concerns with representatives of the British Government.


Posted by Overseas Review at 4:16 PM No comments: