Give the Chagos islanders the right to return home! 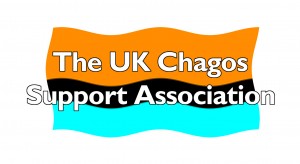 We implore you to make amends for the 'crime against humanity' (Article 7 of the International Criminal Court), which was carried out by your predecessors, both Tory and Labour. In the early 1970s, the British government forcible implemented the secretive transfer of Chagossians to a life of extreme poverty in Mauritius and the Seychelles in order to accommodate a military base for the USA. Many of these displaced people still suffer in poverty and those now in Crawley and Manchester, UK, live on the margins of British society, continuing to live in sadness, longing to return to their homeland. Many have died in misery, living in the hope of going home.

Honourable Sirs, we ask you to let British justice prevail by doing all in your power to undo this injustice and actively pushing for the islanders to be resettled in their homeland as soon as possible. 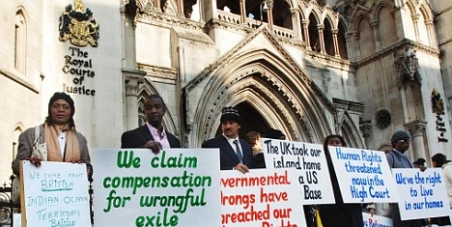 Why this is important

A Displaced and Forgotten People

The Chagos archipelago is situated in the Indian Ocean, mid-way between India and Africa. Some 2,000 people lived on the archipelago, the majority on the largest island of Diego Garcia. Their ancestry on the islands went back to the 18th century.

During the 1960s and 1970s British governments, both Labour and Tory, tricked and expelled the entire population of the Chagos, a British colonial dependency, so that Diego Garcia, the main island of their homeland, could be given to the United States as the site for a military base. This act of mass kidnapping by the British government was carried out in high secrecy, along with the conspiracy that preceded it. The last islander was deported in 1973. The 'deportation or forcible transfer of a population...a crime against humanity', is according to the words of Article 7 of the Statute of the International Criminal Court.

These displaced people still in Mauritius and the Seychelles continue to suffer in poverty to this day and continue to exist in sadness, longing to return to their homeland. Many have died in misery, living in the hope of going home.

In 2002, travelling with their new British passports, many of the Chagossians began to arrive in Britain, to bring their campaign to London and to escape the poverty of Mauritius. All of them wanted to return to the Chagos Islands rather than be in England. It is estimated that more than 2,000 Chagossians now live on the margins of UK society mainly in the town of Crawley, with a smaller community in Manchester. In both places they struggle to reconstruct their lives.

Meanwhile dozens of jobs on Diego Garcia are being advertised in the Philippines, including posts for electricians, cashiers, mechanics, stock clerks, janitors, welders, firefighters, engineers and massage therapists. There have been no reports of these jobs being advertised in Mauritius, the Seychelles or the UK, where most of the Chagossian community live. We can’t help but wonder why.they have not been given priority for these positions in their own land. Since being illegally evicted, very few Chagossians have been able to get jobs at the foreign base in their homeland despite many trying.

The hope is that the islanders be allowed to return to their islands as soon as possible before more of them die in a British imposed exile, never to see their homeland again.

How can I help this month?


Reach the 2000 mark on the petition! By now most of you have already signed the petition (I hope!) but we are less than one hundred names away from the 2K mark now-lets get 2000 by next Ftiday! Share the petition on social media, or simply print it out and collect signatures amongst your friends, family or stangers-you can enter the details online later. We've had 500 signatures in the last two months, many thanks to you all.

Send this (or something like it) to your MP- We've updated our template letter to Parliamentarians to make it easier to write to your MP. Please do feel free to change it around though as MPs tend to respond to a personal touch. You can send it online here, or a postal address will be available online. Contact us if you'd like to discuss your letter further, and do let us know about any responses.

Tell Avaaz, 38 Degrees and Change.org to push our campaign to their members- Last month we asked you to tell campaign group 38 Degrees to support the Chagossian cause and many thanks to all of you who did. Apologies though to those of you outside the UK who could not. Avaaz are a global campaign group and work on a variety of topical issues, in part in response to popular demand. So scroll the bottom of this page and tell them how much Chagossian return means to you.

Read & Share our New Campaign Pages- Our 'Perfect Opportunity' page summarises the main arguments why 2015 is the perfect time for the UK Government to give Chagossians a measure of justice. Our Realities of Return Article, meanwhile, proves resettlement will not be a burden on UK taxpayers, as some in the media and politics have claimed.

Come to the Architecture and Activism Event- Find out about Chagossian history, the return campaign and the chance for resettlement at 7:30 PM Friday 13th at Royal College of the Arts, Kensington. Free to attend and details here.

Please find the below a summary of the recent All-Party Parliamentary Group on the Chagos Islands, kindly provided by voluntary Group Coordinator David Snoxell

The Chagos Islands (BIOT) All-Party Parliamentary Group held its 47th meeting on 23 February. It was followed by a meeting in the Foreign and Commonwealth Office with Hugo Swire, Minister of State.

Members considered Parliamentary Questions and Answers since the last meeting on 14 January. They noted the positive tone of the Government towards the review of policy which follows the KPMG study. The Group also considered the letter from the Chairman of the Foreign Affairs Committee indicating that an oral session with the Foreign Secretary was scheduled for March which might provide an opportunity for the FAC to explore the potential for resettlement.

The Group was informed of developments in the two Chagos cases before the Supreme Court. Members took the view that litigation should be regarded as quite separate and independent of the political and practical considerations concerning resettlement and should not be a delaying factor.

The Group discussed KPMG’s final report and conclusions. They agreed that in principle there were no longer any impediments to resettlement and that even cost could be overcome. It was clear from correspondence that the Government wanted to consider all options carefully, regarding the future of BIOT and also the aspirations of the Chagossians, and that this would involve the PM and Ministers across Government.

Members discussed sources of funding – the aid budget, US, EU, international organisations, and private sector. They were informed of an oral answer from the European Commission, given just prior to the APPG meeting, to a Question from Linda Mc Avan, chair of the Development Committee of the European Parliament. The answer reiterated earlier statements by the Commission that there was no obstacle to EU funding (either through the European Development Fund or indeed the European Investment Bank) should an application be made by HMG.

Members decided to press for a debate in both the Commons and the Lords which would probably be in the second half of March. It was agreed that should there be a need for a further meeting before the dissolution of Parliament (30 March) it would take place on 23 March.

An encouraging and positive meeting with Hugo Swire and officials followed at the FCO. Many aspects of BIOT were discussed including the KPMG study, costs, sources of funding, accommodation in the MPA of Chagossian artisanal fishing, current US recreational fishing (48 tons pa), renegotiation of the UK/US Agreement, Chagossian employment on the base and in the management of the MPA, future funding of the BIOT patrol vessel, future constitutional arrangements for BIOT providing for parliamentary oversight, sovereignty and a parliamentary visit after the election. The Group decided to put their views to the Prime Minister in a letter from the Chairman.
Posted by Overseas Review at 10:30 AM No comments: