New York, 5 September 2013 - Secretary-General's message to the Fourth Observance of the International Day against Nuclear Tests 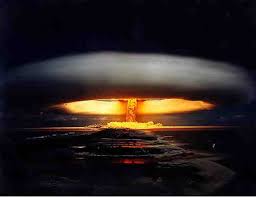 I am pleased to convey my greetings to this fourth annual observance of the International Day against Nuclear Tests.

Eighteen years after the closure of the Semipalatinsk nuclear test site in Kazakhstan, the United Nations General Assembly unanimously adopted a resolution declaring 29 August as the International Day against Nuclear Tests.

This event offers the world community an opportunity to reflect on the dangers posed by such tests and on the urgent need for additional efforts to prohibit them everywhere. This Day also provides a moment to recognize the contributions of the government and people of Kazakhstan in seeking to outlaw all such tests and to advance global nuclear disarmament.

We should all remember the terrible toll of nuclear tests. A total of 456 nuclear tests were carried at Semipalatinsk since the first explosion there more than 64 years ago. Nearly one and a half million people were affected by the consequences of nuclear testing, and an immense territory has been contaminated with radiation.

With the adoption of the Partial Test Ban Treaty in 1963, the international community completed its first step towards putting an end to all nuclear weapon test explosions. This objective remains a serious matter of unfinished business on the disarmament agenda.

Today, 183 countries have signed the Comprehensive Nuclear-Test-Ban Treaty and 159 have ratified it. I once again urge all States to sign and ratify the CTBT without further delay.Eight States whose ratifications are necessary for the Treaty to enter into force have a special responsibility: China, the Democratic People’s Republic of Korea, Egypt, India, Iran, Israel, Pakistan and the United States. None should wait for others to act first. In the meantime, all States should maintain or implement moratoria on nuclear explosions.

There are no justifiable grounds for further delay in achieving this great goal. It is time to address the horrific human and environmental effects of nuclear tests through a global ban, the most reliable means to meet these challenges.

Throughout its history, efforts have also been underway at the United Nations to achieve an even bolder goal: a world free from nuclear weapons. This is one of my highest priorities and one that is shared by virtually all our Member States and that has broad public support.

Kazakhstan has shown through its actions what a determined people and a committed government can accomplish in eliminating grave nuclear threats. On this International Day against Nuclear Tests, let us resolve to build on that commitment to outlaw all nuclear tests, everywhere, for all time. Let us continue our historic journey to a world free of nuclear tests and nuclear weapons.

Thank you for your support for this vital effort.

"Requests the Secretary-General, in cooperation with relevant specialized agencies of the United Nations, to compile a report on the environmental, ecological, health and other impacts as a consequence of the thirty-year period of nuclear testing in the Territory (of French Polynesia)."

See the following articles on the contemporary effects of decades of nuclear testing in the Pacific region:

Zones for nuclear compensation in Tahiti must change - Tuheiava

Posted by Overseas Review at 2:33 PM No comments:

Are we about to sell our birthright? - Turks and Caicos Islands