After two failed attempts to acquire the Hawaiian Islands by a treaty of cession as required by international law, the U.S. Congress “unilaterally” enacted a Joint Resolution purporting to annex the Hawaiian Islands, which was signed into law by President McKinley on July 7, 1898 during the Spanish-American War as a war measure. 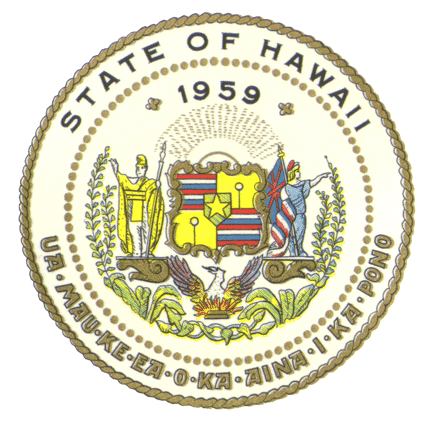 -Follow Hawaiian Kingdom news and updates on Twitter: @HKSpokesperson
On June 15, 1898, during debates over the joint resolution annexing Hawai‘i in the House of Representatives, Congressman Thomas H. Ball (D-Texas) stated, “The annexation of Hawai‘i by joint resolution is unconstitutional, unnecessary, and unwise.

If the first proposition be true, sworn to support the Constitution, we should inquire no further. I challenge not the advocates of Hawaiian annexation, but those who advocate annexation in the form now presented, to show warrant or authority in our organic law for such acquisition of territory. To do so will be not only to subvert the supreme law of the land but to strike down every precedent in our history. …Why, sir, the very presence of this measure here is the result of a deliberate attempt to do unlawfully that which can not be done lawfully.”

And on June 20, 1898, during Senate debates over the joint resolution annexing Hawai‘i, Senator Augustus Bacon (D-Georgia) stated, “That a joint resolution for the annexation of foreign territory was necessarily and essentially the subject matter of a treaty, and that it could not be accomplished legally and constitutionally by a statute or joint resolution.

If Hawaii was to be annexed, it ought certainly to be annexed by a constitutional method; and if by a constitutional method it can not be annexed, no Senator ought to desire its annexation sufficiently to induce him to give his support to an unconstitutional measure.” Senator Bacon further explained, “Now, a statute is this: A Statute is a rule of conduct laid down by the legislative department, which has its effect upon all of those within the jurisdiction. In other words, a statute passed by the Congress of the United States is obligatory upon every person who is a citizen of the United States or a resident therein.

A statute can not go outside the jurisdiction of the United States and be binding upon the subjects of another power. It takes the consent of the subjects of the other power, speaking or giving their consent through their duly authorized government, to be bound by a certain thing which is enacted in this country; and therein comes the necessity for a treaty. ”

Usurping Hawaiian sovereignty, U.S. President McKinley signed into United States law An Act To provide a government for the Territory of Hawai’i on April 30, 1900; and on March 18, 1959, U.S. President Eisenhower signed into United States law An Act To provide for the admission of the State of Hawai’i into the Union.
According to the United States Supreme Court, in United States v. Curtiss-Wright Export Corp., (1936), “Neither the Constitution nor the laws passed in pursuance of it have any force in foreign territory unless in respect of our own citizens; and operations of the nation in such territory must be governed by treaties, international understandings and compacts, and the principles of international law…. [T]he court recognized, and in each of the cases cited [involving the exercise of the sovereign power of the United States] found, the warrant for its conclusions not in the provisions of the Constitution, but in the law of nations”.

United States laws are not only limited to United States territory, but the 1898 joint resolution of annexation, the 1900 Territorial Act, and the 1959 Hawai‘i Statehood Act stand in direct violation of the 1893 Lili`uokalani assignment and the Restoration Agreement, being international compacts, the 1907 Hague Convention, IV, and the 1949 Geneva Convention, IV.

According to the United Nations War Crimes Commission “war crimes” include:
Usurpation of sovereignty is to illegally take by force the sovereignty of another country. International tribunals and national tribunals prosecuted both military and civilians after World War I and World War II for these war crimes. The State of Hawai’i government, established by an Act of Congress in 1959, is a usurpation of sovereignty during occupation and therefore not only illegal but also constitutes a war crime.
Posted by Overseas Review at 4:00 PM No comments: