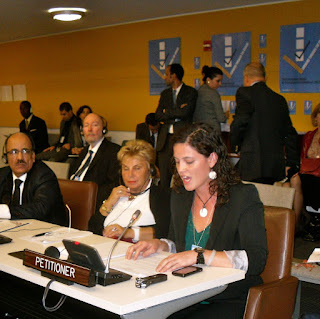 TIARA R. NAPUTI, Guahan Coalition for Peace and Justice, said that in April, a joint statement released by the United States-Japan Security Consultative Committee confirmed that approximately 5,000 Marines and their dependents would be relocated to Guahan. Since the United States military already controlled one-third of the island, the indigenous Chamorro people were in danger of being pushed further to the margins by the threatened inundation of the island with thousands of military members and associated personnel. The island’s dependency status impeded the indigenous rights of the Chamorro and their ability to participate in the decisions that affected their culture, land, and lives.

On the subject of a lawsuit filed against the definition of “native inhabitant of Guam” as a condition for the self-determination plebiscite, she added that the case demanded attention from the United Nations. While it outwardly appeared to be a reverse discrimination case, it had nothing to do with protecting civil rights or preventing race discrimination. The lawsuit demonstrated an attempt by a Guahan resident to invoke United States’ domestic and legal processes and preemptively deny the long-colonized peoples of Guahan the opportunity to exercise the inherent right of self-determination. 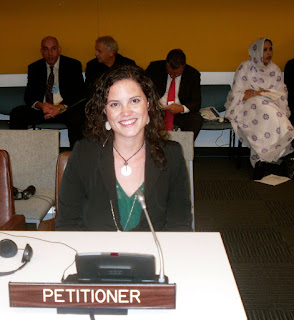 Read full statement of Tiara R. Na’puti delivered to the United Nations Special Political and Decolonization Committee  (Fourth Committee) on The Question Of Guam on October 9, 2012.

Posted by Overseas Review at 4:25 PM No comments: