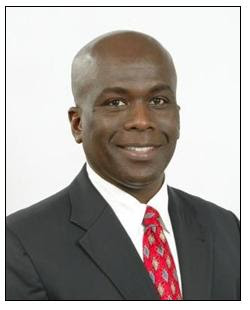 Mr. Malone will also update the wider public on developments taking place in the United Kingdom (UK) and European Union (EU) that will impact the Territory over the course of the year.

Speaking with the Department of Information and Public Relations, Mr. Malone said, “2012 is a pivotal year as the UK and EU each plan to adopt important policy decisions that will determine their future relationships with the BVI and other Overseas Territories.”

The director also noted the BVI London Office’s attention to other important international events in which the Territory will participate; namely the 2012 Olympics and Queen’s Diamond Jubilee celebrations, both scheduled to take place in London.

“My goal is to update the public on all these matters as well as on the progress being made in strengthening the Territory’s relationship with the UK through our partnership with Hertfordshire County Council and closer engagement with UK Government agencies and non-governmental organisations,” said Mr. Malone.

During his visit, the director will meet with His Excellency the Governor Mr. Boyd McCleary, CMG, CVO, Premier and Minister for Finance Dr. The Honourable D. Orlando Smith, OBE and Deputy Governor Mrs. Inez V. Archibald, among others.

In addition, the director will present the London Office’s initiatives at a press briefing on February 20 at 9am at the Central Administration Building Conference Room #3, to which all members of the media are invited. Mr. Malone has also scheduled appearances on several television and radio programmes, one of which is a GIS special television programme which will air this month. He is also a guest on the ZBVI 780AM radio talk show “A Look at the Community” on February 18.

The BVI London Office was established in 2002 and represents the interests of the BVI in Europe and the UK.
Posted by Overseas Review at 2:13 PM No comments: