For Immediate Release
from the Law Office of Julian Aguon
October 2, 2013

University of Guam (UOG) Professor Anne Perez Hattori, through her Attorney Julian Aguon, filed an amicus curiae brief in the U.S. Court of Appeals for the Ninth Circuit today in support of the Government of Guam and the right of “Native Inhabitants of Guam” to express by plebiscite their preferences about their future political relationship with the United States.

“This case implicates a question of profound constitutional dimension: whether an unincorporated territory, acting within congressionally approved parameters, may limit the electorate in a political status plebiscite to members of the colonized polity in order to effectuate the decolonization remedy guaranteed them under domestic and international law,” said Attorney Aguon. “Despite this profundity, Plaintiff does little more in these pleadings than retreat unconvincingly to the orthodox bunker of run-of-the-mill race jurisprudence.” 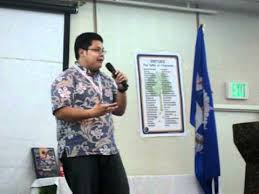 While the amicus brief requests affirmance of the District Court of Guam’s dismissal of Davis’s lawsuit on ripeness grounds alone, it also addresses Davis’s argument, which he maintains on appeal, that the Guam Decolonization Registration Law is unconstitutional. Specifically, the brief points out that the challenged statute is a facially race-neutral statute to which Plaintiff’s “disparate impact” constitutional challenge cannot be sustained.

“The U.S. Supreme Court has consistently held that a showing of disparate impact alone is insufficient to support a constitutional challenge under either the Fourteenth or Fifteenth Amendments,” the brief states. Because Davis cannot prove that the challenged statute was motivated by race-based animus, his claims—even if they were ripe—must fail.

Finally, the brief clarifies that even if the challenged statute is deemed to utilize a race-based classification, “it would still suffer no constitutional infirmity” because unincorporated territories “occupy what might be termed a sui generis space within American constitutional law.” Thus, according to the brief, Davis’s “rather blunt use of constitutional race jurisprudence to impute infirmity to the Guam statutes is unavailing” inasmuch as he “omits the singular distinction that sets the instant case apart from the several cases he cites: Guam is an unincorporated territory, not a state. This is a distinction with a difference.”

Posted by Overseas Review at 11:27 AM No comments: