Residents of the Northern Mariana Islands, as well as the Sierra Club and other environmental groups, strongly oppose the U.S. military’s plans for Pagan Island. 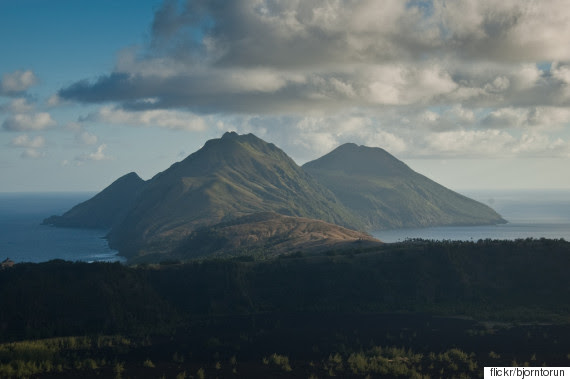 Pagan island is a biologically diverse, 10-mile-long island anchored by two volcanoes in the Commonwealth of the Northern Mariana Islands, an independent government associated with the United States.

The island, nearly three-quarters of the way to the Philippines from Hawaii, is home to wildlife that includes an endangered fruit bat, endemic birds, huge spiders, lizards, and a rare tree snail. The island has been mostly uninhabited since 1981, when its population was evacuated because of volcanic eruptions.

It is one of the most habitable islands in the Mariana chain, says Michael Hadfield, a biologist at the University of Hawaii at Manoa, who spent time on the island documenting the wildlife on behalf of U.S. Fish and Wildlife Service.

Hadfield, a self-described conservational biologist who also administers the website SavePaganIsland.org, wrote in an op-ed that Pagan Island is a “biological treasure house.”

It may also be the next U.S. bombing target.


Posted by Overseas Review at 8:09 PM No comments: