French Overseas Departments, cooperation and the process of major hazard prevention in the Caribbean

The heterogeneity of territories is the major characteristic of the Caribbean region with various legal and political structures, cultural and linguistic differences (Dutch, English, French and Spanish), disparate socio-economic development as measured by the Human Development Index (HDI) ranging from 0.471 for Haiti to 0.850 and 0.858 for Guadeloupe and Martinique respectively. However, whether independent Small Island Developing States (SIDS) or non-independent territories of European nations (French and Dutch), the regional territories share many problems, particularly in terms of vulnerability to natural hazards and poor connectivity.


Despite similar vulnerabilities, converging priorities and the efforts of the various regional parties, cooperation between non-EU Caribbean territories and the French regions of the area, remains below its potential. These actions have been struggling to lead to the creation of common practices which may contribute to the effective integration of French Departments of America (DFA). One explanation for this struggle lies in a lack of mutual knowledge and difficulty in identifying the actors and initiatives at different levels of the French public sector, especially in the prevention and management of natural hazards. This article will succinctly present some of the predominant actors and tools of the French approach to the prevention of major risks, before discussing some projects supported under the European inter-regional (INTERREG) program. 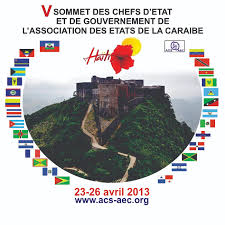 The French public management structures for major natural hazards cover different levels of decision and intervention. Thus the prevention of major risks is an activity that involves several ministries, local authorities, and various government agencies. The Ministries of Sustainable Development, Agriculture, Education, and Research intervene under the areas of safety information, monitoring, public education, risk mitigation and management, while the Ministry of the Interior handles preparation and crisis management. Under these components, and within the territorial levels corresponding to each DFA, the two main actors in the disaster response arena are the County Prefects with responsibility for local implementation of state policies and the Mayors of each of the 32, 34 and 22 municipalities in Guadeloupe, Martinique and French Guiana respectively.

Each County Prefect establishes a Departmental File for Hazards Risks, which informs the cities about the existing risks and their consequences for people, property and the environment and also lists the specific plan for the prevention of foreseeable hazards as well as for intervention for industries. The County Prefect is also responsible for a civil defence response which determines the general organisation of any rescue effort and identifies all public and private bodies capable of being deployed given the hazards that exist in each provincial department. An inter-service defence and civil protection team responsible for assisting in the management of risk and crisis throughout all three phases (prevention, operational and post-crisis) supports the actions of the County Prefect in conjunction with the armed forces, local authorities, and other agencies.

At the local level, the mayor, responsible for urban planning and security, informs the population about disaster risks and organises emergency first aid actions in case of a crisis. To this end, he establishes tools such as the City Information File about hazard risks plans for the prevention of foreseeable environmental hazards, and a local disaster plan, which lists the local resources available to the city in case of a major event such as rescue services and charitable organisations.

Alongside these actors charged with the power to police, local authorities have a crucial role in the management of resources deployed for disaster prevention. For example, in Martinique, as part of the Caribbean Earthquake Plan (CEP) developed by France, both the Regional Council and the General Council contribute to the resilience of schools in the occurrence of a major geological hazard. The recently approved General Council plan for the seismic strengthening of buildings has resulted in the retrofitting of those colleges most damaged by the 2007 earthquake. Additionally, by establishing investment policies and providing financing for the equipping of selected classrooms with locally developed para-seismic desks, these local authorities make the CEP a tool for both mitigation and economic recovery.

The competence, experience and expertise of the various French actors at all levels of intervention allow for consideration of various forms of sharing and support to neighbouring countries. Regional cooperation instruments, such as the Regional Cooperation Fund or the INTERREG Operational Programmes (OP) for the Amazonia (Brazil, Suriname, and Guyana) and the Caribbean, are aimed at strengthening cooperation and exchange of experiences through joint initiatives at the appropriate territorial levels.

The 2007/2013 INTERREG Caribbean OP identifies the prevention of natural hazards as a priority by supporting actions in hazard identification, risk management and planning, preparation, prevention, public information and education,

Of these last two components, several entities within the French territories were supported in their preparation for natural disasters; whether through improvement and harmonization of response protocols or through training of persons in vulnerable and isolated communities to act as local intervention teams.

Monitoring is another major component of INTERREG support through the initiatives such as TSUNAHOULE and TSUAREG. The former involves the numerical modelling of Caribbean marine natural hazards, and the latter provides for the acquisition and installation of equipment to provide information on earthquakes and tsunamis from scientific organizations to local authorities. Finally, the CARIB RISK CLUSTER project establishes a solid foundation for technical cooperation based on feedback about best practices and solutions.

One of the projects the ACS is currently pursuing in conjunction with the DFAs, is the establishment of a certified diploma in disaster management and risk prevention, recognised both in the European Union and the Caribbean. This will serve to improve the skill set of regional disaster management professionals while allowing for the sharing of best practices from distinct viewpoints.

Following the 19th Meeting of the Ministerial Council of the ACS, cooperation between the French overseas territories and the rest of the Caribbean has now entered a new era, with approval for the territories of Martinique and Guadeloupe to become Associate Members in their own right. Notwithstanding this change, France will continue to function as an Associate Member representing the interests of St. Martin, French Guiana and St. Bartholomew.

As part of the regional cooperation agenda, the ACS aims to further build bridges with the French territories that take full advantage of the great potential for collaboration in the area of disaster risk reduction.

Posted by Overseas Review at 5:18 PM No comments:

Mobilizing Nuclear Bias: The Fukushima Nuclear Crisis and the Politics of Uncertainty

The nuclear disaster in Fukushima which followed in the wake of the 3/11 Tohoku earthquake and tsunami has given rise to one of the most significant public health crises in modern world history, with profound implications for how nuclear energy is perceived. This paper analyzes the most dire phase of the Fukushima nuclear crisis, showing how the level of risk was assessed by nuclear experts and state-level actors who worked largely out of view of public scrutiny. In addition to examining how the accident progression in the reactors was addressed and conveyed to the general public, the paper addresses how the exclusionary zones were determined by Japanese and foreign governments in Japan.

As the crisis unfolded and efforts to bring the reactors under control were initially proving ineffective, concerns increased that radiation dispersion was unmitigated, and with radiation monitoring by the U.S. military indicating levels significantly beyond TEPCO’s conservative assessments, the United States broke with Japan, recommending an 80km exclusionary zone, and initiating military assisted departures for embassy staff and Department of Defense dependents from Japan. These actions deviated significantly from Japan’s assessments (which had established a 30km evacuation zone), creating a dynamic where the U.S. provided technical consultation for the nuclear response while striving to maintain a delicate diplomatic balance as they attempted to impose a qualitatively different crisis management response.

Because this crisis had significant implications for Japan's international relations, diplomatic considerations have helped to suppress the complex, often fractious relations between Japan and foreign governments - especially the United States - whose collective efforts eventually turned the tide from managing the nuclear meltdowns to ameliorating their long-term consequences. Based on interviews with political officials in both the Japanese government and foreign embassies in Japan, and nuclear experts and military officers who worked the crisis, the paper analyzes how technical assessments drove decision making and were translated into political policy.

Posted by Overseas Review at 3:58 PM No comments:

Plaintiffs hold UN responsible for outbreak of disease, which they say was carried into Haiti by peacekeepers from Nepal.

The United Nations is facing a huge new lawsuit over the outbreak of cholera in Haiti that has widely been blamed on its peacekeepers, after 1,500 Haitian victims and their family members sued the international body in a federal court in Brooklyn in a class action.
The size of the suit substantially increases the stakes for the UN in this long-running saga. The plaintiffs seek to hold the UN responsible for the health catastrophe, as well as demanding compensation for victims and a UN-sponsored mission to help devastated Haitian communities.
The UN has consistently refused to accept any role in the disaster, and has claimed immunity from legal actions such as the one just lodged in Brooklyn, and a similar class action filed on behalf of a sample group of five Haitians last year. Latest figures suggest that more than 9,000 people have died in the outbreak, which has spread from Haiti to Mexico, the Dominican Republic, Cuba and Puerto Rico, with a total of about 700,000 having been sickened.
There have also been at least confirmed cases of cholera in New York which is home to one of the largest communities of Haitians outside the Caribbean nation.
The lawsuit alleges that the cholera outbreak resulted from “the negligent, reckless, and tortious conduct of the … United Nations; its subsidiary, the United Nations Stablization Mission in Haiti; and its officers… The sickness, death and continual ongoing harm from cholera suffered by Haiti’s citizens are a direct result of the UN’s multiple systematic failures.”
The legal action chronicles the mounting evidence that UN peacekeepers from Nepal carried with them the Asian strain of cholera when they arrived in Haiti after the January 2010 earthquake. The outbreak, which began in October of that year, was the first instance of cholera in Haiti for at least 150 years.
The lawsuit catalogues what it claims were the UN’s negligent actions. UN troops coming from Nepal, where cholera is endemic, were not screened for the disease.
The UN mission hired a private contractor to ensure sanitary conditions for its force in Haiti, but the contractor was poorly managed and failed to provide adequate infrastructure at the UN camp in Mirebalais. As a result, contaminated sewerage was deposited in the Meille river, a tributary of the Artibonite, Haiti’s longest and most important river.
Crucially, the lawsuit argues that the UN is not immune from liability in such cases. It points out that acceptance of liability “was an express condition agreed to by the United Nations when it created Status of Forces Agreements such as the one which permitted it to enter Haiti.”
The first named plaintiff, Marie Laventure, is a Haitian living in Atlanta, Georgia, who has eight siblings still living in Haiti. She lost her father and stepmother to the cholera contagion.
In a statement, she said: “The death and injury caused by the UN cholera contagion in Haiti is heartbreaking. It has taken my parents and is threatening the lives of my young brothers and sisters in Haiti. Justice demands UN accountability for violating the most important human right, the right to live.”
Posted by Overseas Review at 8:01 AM No comments: