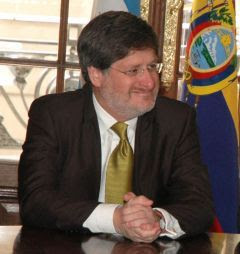 AMSTERDAM — Although the people of Curaçao dared to visualize a better future, they dared not realize that future. For a better future, we need hundreds of Tula’s. “Nevertheless, these Tula’s are there, on Curaçao, in The Netherlands and in this hall, but they haven’t found each other yet.” Jeanne Henriquez, founder and director of the Tula Museum, received a loud applause for her speech yesterday in Amsterdam during the commemoration of the slave rebellion of August 17th 1795 under command of the slave Tula.

by Otti Thomas
250 to 300 people, young and old, attended the commemoration in the Muider Church, which the knowledge center on slavery, Ninsee organizes every year.
There is still insufficient knowledge on the history of Curaçao and there are more obstacles en route to a cultural revolution that is eventually to lead to the independence of the island, says Henriquez. For example, people who wish to talk about the slavery are considered frustrated beings; the discussion on independence involves a huge fear for the unknown, poverty reigns particularly amongst women and Curaçao is a sexist society. “The sexism is a particular obstacle.
As African-Curaçao males and females, we have internalized our image of each other. We conclude that are men in the first place are sex machines, in the second place sportsmen and only in the third place intelligent men. Sexism and hatred of women impede spiritual freedom and a loving relationship between men and women,” says Henriquez. That was different during the slave rebellion. Women and men fought side by side for their rights and former slaves helped the slaves. That unanimity was also noticeable during the harbor strike of 1922, the battle for suffrage after the Second World War, the rebellion of May 30th 1969 and the protests against the final declaration, says Henriquez.
The museum director and graduated historian argued for better education, financial help for poor families and a national monument for all men and women who died during the slave rebellion. Moreover, we are to demand the Dutch government observe international treaties and it’s time the Dutch apologize, says Henriquez.
Sensitive toes
“Perhaps we should make the first step and forgive The Netherlands instead of demanding an apology.” This possibility is suggested by Rafa Rosario, one of the men who philosophized for two days in the weekend prior to the commemoration about which role Tula still plays in these times, especially as example for men. “I realize I am now stepping on sensitive toes,” says Rosario. Not only on Curaçao but also worldwide there are people who do not wish to work or work together and there are men who want more than one woman. “However, we have the possibility to make choices”, he says.
“Nevertheless, Tula is an example because of his courage in fighting for his rights. We must always fight for our rights.” The Tula-commemoration was concluded with music from the film Tula – The Revolt – performed by Junior Tecla & his band that subsequently got half the audience singing along with Bob Marley’s Redemption Song, which song has become the battle song on intellectual slavery.
Posted by Overseas Review at 2:33 AM No comments: