Hawaiian Kingdom Deposits Instrument of Accession to the Jurisdiction of the International Criminal Court with the United Nations Secretariat in New York
NEW YORK, December 10, 2012 — This afternoon the Ambassador-at-large and Agent for the acting Government of the Hawaiian Kingdom, H.E. David Keanu Sai, Ph.D., deposited with the United Nations Secretary General in New York an instrument of accession acceding to the jurisdiction of the International Criminal Court (ICC) at the Hague, Netherlands. The ICC is a permanent and independent tribunal in The Hague, Netherlands, that prosecutes individuals for genocide, crimes against humanity and war crimes. The ICC only prosecutes individuals and not States. 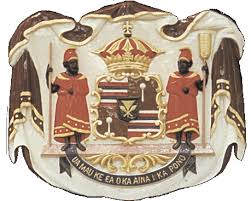 Individuals of the State of Hawai‘i government who have committed war crimes have been reported to theUnited States Pacific Command and the United Nations Human Rights Commission in Geneva, Switzerland, for deliberately denying a fair and regular trial to Defendants, irrespective of nationality, and with the Hawaiian Kingdom’s accession to the jurisdiction of the ICC, these alleged war criminals now comes under the prosecutorial authority of the Prosecutor of the ICC. 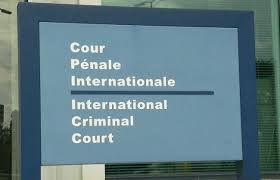 Regarding the occupation of Hawaiian territory, the ICC is authorized under the Rome Statute to prosecute individuals for:

H.E. David Keanu Sai, Ph.D. represented the acting Government of the Hawaiian Kingdom in arbitral proceedings before the Permanent Court of Arbitration, Larsen v. Hawaiian Kingdom, (119 International Law Reports 566), at The Hague, Netherlands, and also did an interview with South-South News, a news agencey of the United Nations, regarding the prolonged occupation of the Hawaiian Kingdom.