THE ELECTION RACE IS ON!
Turks and Caicos Islands Sun

Four former Chief Ministers, 16 first-timers, six women and 14 men, five lawyers, two taxi drivers, a doctor, a certified accountant and several business persons, are among those who have officially been chosen to contest what is expected to be a keenly-contested and extremely close general elections in the Turks and Caicos Islands on November 9th 2012.

The two main political parties, the Progressive National Party (PNP) and the People’s Democratic Movement (PDM) have both finalised their lists of candidates who have been actively campaigning to mixed responses from the general public.

The four former Chief Ministers current PDM leader Oswald Skippings and Derek Taylor who also served that party, and Washington Misick and Norman Saunders who were both PNP Chief Ministers.

The PNP has eight first-timers including its leader Dr. Rufus Ewing (who is running At-Large), two former general secretaries Donhue Gardiner who is running in the newly-created North and Middle Caicos constituency, and attorney-at-law Akeirra Misick who is contesting the new Leeward seat.

The total voter population in the Turks and Caicos Islands of 6,690 has been divided into ten Electoral Districts.

Since the last election in February 2007, there have been several shifts in population.

Blue Hills represents the largest area of population growth in Providenciales, with the voter population there growing from 882 in 2007 to 1,393 in 2012. This figure is less than the total Grand Turk voter population by only 227.

General elections in Turks and Caicos Islands tend to be very close.
In 2007, when they were 6,987 registered voters, of which 5,937 voted, the PNP won 13 seats and the PDM two, but an analysis of the results reveal that it was an exceptionally close race in many constituencies. 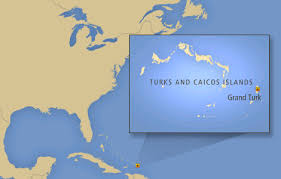 The breakdown is as follows (2007 election results): 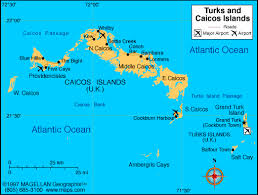 In the 1999 Elections, which the PDM won, the results were as follows:

Posted by Overseas Review at 2:27 PM No comments: