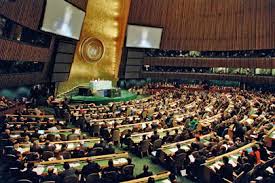 
Having considered the question of French Polynesia,

Having examined the chapter of the report of the Special Committee on the Situation with regard to the Implementation of the Declaration on the Granting of Independence to Colonial Countries and Peoples for 2013 relating to French Polynesia,[1]


Reaffirming the right of peoples to self-determination as enshrined in the Charter of the United Nations and in accordance with all relevant resolutions, including its resolutions 1514 (XV) of 14 December 1960 and 1541 (XV) of 15 December 1960,

Expressing concern that 53 years after the adoption of the Declaration on the Granting of Independence to Colonial Countries and Peoples,[2] there still remain a number of Non-Self-Governing Territories,

Recognizing that all available options for self-determination of the Territories are valid as long as they are in accordance with the freely expressed wishes of the peoples concerned, on a case-by-case basis and in conformity with the clearly defined principles contained in resolutions 1514 (XV), 1541 (XV) and other relevant resolutions of the Assembly,

Recognizing also that the specific characteristics and the aspirations of the peoples of the Territories require flexible, practical and innovative approaches to the options for self-determination, on a case-by-case basis,

Conscious of the responsibility of the administering Power to ensure the full and speedy implementation of the Declaration in respect of French Polynesia, 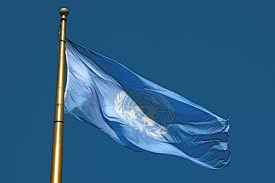 Recognizing the significant health and environmental impacts of nuclear testing conducted by the administering Power in the Territory over a 30-year period, and further recognizing the concerns in the Territory related to the consequences of those activities on the lives and health of the people, especially children and vulnerable groups, as well as the environment of the region,

Recognizing also the need for the Special Committee to ensure that the appropriate bodies of the United Nations actively pursue a public awareness campaign aimed at assisting the peoples of the Territories in gaining a better understanding of the options for self-determination,

1. Reaffirms the inalienable right of the people of French Polynesia to self-determination, in conformity with the Charter of the United Nations and with General Assembly resolution 1514 (XV), containing the Declaration on the Granting of Independence to Colonial Countries and Peoples;

2. Also reaffirms that it is ultimately for the people of French Polynesia to determine freely their future political status in accordance with the relevant provisions of the Charter, the Declaration and the relevant resolutions of the General Assembly, and in that connection calls upon the administering Power, in cooperation with the territorial Government and appropriate bodies of the United Nations system, to develop political education programmes for the Territory in order to foster an awareness among the people of French Polynesia of their right to self-determination in conformity with the legitimate political status options, based on the principles clearly defined in Assembly resolution 1541 (XV) and other relevant resolutions and decisions;

3. Calls upon the administering Power to participate in and cooperate fully with the work of the Special Committee on the Situation with regard to the Implementation of the Declaration on the Granting of Independence to Colonial Countries and Peoples in order to implement the provisions of Article 73 e of the Charter and the Declaration and in order to advise the Special Committee on the implementation of the provisions under Article 73 b of the Charter on efforts to promote self-government in French Polynesia, and encourages the administering Power to facilitate visiting and special missions to the Territory;

4. Calls upon the Government of France to intensify its dialogue with French Polynesia in order to facilitate rapid progress towards a fair and effective self-determination process, under which the terms and timelines for an act of self-determination would be agreed;

5. Requests the Secretary-General, in cooperation with relevant specialized agencies of the United Nations, to compile a report on the environmental, ecological, health and other impacts as a consequence of the 30-year period of nuclear testing in the Territory;

6. Requests the Special Committee to continue to examine the question of the Non-Self-Governing Territory of French Polynesia and to report thereon to the General Assembly at its sixty-ninth session.