Posted by Overseas Review at 10:49 PM No comments: 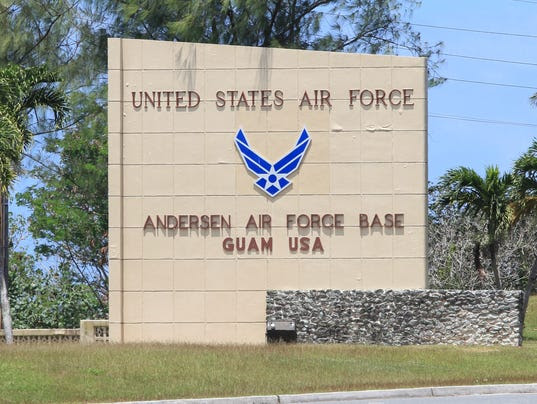 
Air Force veteran Gerard Laitres, 72, was stationed at Andersen Air Force Base from September 1963 to March 1965. During that time, he worked as a liquid fuels system maintenance specialist, cleaning and monitoring above-ground pipelines for chipped paint and damage.

He was always surprised, he said, that there was never any brush around the pipeline that needed chopping or clearing.

“We worked around the Tumon Tank Farm, and around the immediate storage areas along the flight line. There were 10 pump houses,” Laitres said. “We had no problem getting into anything we had to get to. I always wondered what happened, how they cleared that out. Now I know it.”

Laitres believes the Air Force used Agent Orange as a defoliant on Guam, particularly along the path of the pipeline he worked to maintain.

“They did that, on the pipeline, and that’s a lot of mileage of defoliation,” Laitres said. “And so, are they going to admit it?”

READ THE FULL REPORT HERE.
Posted by Overseas Review at 10:21 AM No comments: