Denmark's Statements to the United Nations on its Slave History 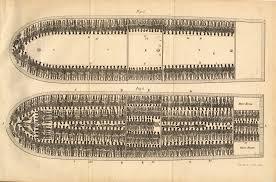 Denmark's Statement on its Slave History

On 3rd July 2008, the 160th anniversary of the abolition of slavery was commemorated in the former Danish West Indies (now the US Virgin Islands). Activities were held on the islands of St. John and St. Thomas, with the main events conducted in Frederiksted, St. Croix consistent with established practice. Simultaneously, the Government of Denmark released a statement marking the historic day which was welcomed, but which also fell short of the 'apology' sought by many in the territory. Below is the unofficial translation of the statement:

On 3 July 2008 160 years have passed since slavery was abolished in the former Danish West Indies (now US Virgin Islands), thus closing a dark chapter in Denmark’s role as colonial power on the Islands.

The use of slaves was then legal. Fortunately the international society has moved a long way since then. Slavery is rightfully recognized as a crime against humanity, including by the UN World Conference Against Racism in 2001, and is today one of the crimes under the jurisdiction of the International Criminal Court.

The period of slavery was a grim period, but it remains regrettably a fact, which we – like other countries – need to acknowledge as a part of the past and our common historical heritage. Therefore it is not a period to be forgotten. Thus a major outcome of the UN World Conference Against Racism in Durban in 2001 was the decision that we have a collective responsibility to remember the atrocities of slavery and its victims and to seek reconciliation and healing with the descendants of the slaves.

In relation to the Virgin Islands the Danish Ministry of Culture initiated in 1999 a framework for cooperation with the Islands on archives and museum activities with the purpose to explore the common past during the slavery period and to develop cultural cooperation. The Government recognizes civil society’s interest for the common history and is examining if it is possible to strengthen further the cooperation in the fields of culture and history.

The Government is very much aware, that even in our days there are people, who live under forms of modern slavery or similar conditions, including as victims of trafficking in women and children, child labour and recruitment of child soldiers. The Government strongly condemns these practices. Therefore Denmark actively participates in cooperation at regional and international levels to fight these modern forms of slavery. 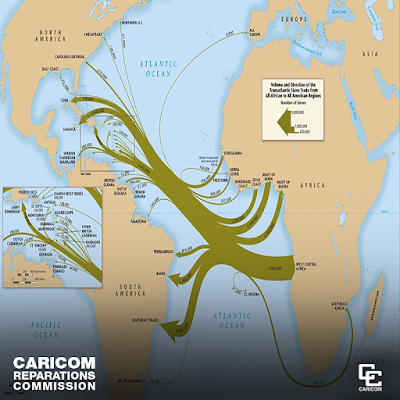 One year prior, the United Nations General Assembly by its Resolution 61/19 decided to designate 25 March 2007 as the International Day for the Commemoration of the Two-hundredth Anniversary of the Abolition of the Transatlantic Slave Trade. The Assembly also "urged Member States that had not already done so to develop educational programmes, including through school curricula, designed to educate and inculcate in future generations an understanding of the lessons, history and consequences of slavery and the slave trade." The resolution also requested governments to submit a report on initiatives taken to implement paragraphs 101 and 102 of the Durban Declaration of the World Conference against Racism, Racial Discrimination, Xenophobia and Related Intolerance aimed at countering the legacy of slavery and contributing to the restoration of the dignity of the victims of slavery and the slave trade. Below is the report submited by the Government of Denmark to the Secretary General of the United Nations:

2. At the World Conference against Racism, Racial Discrimination, Xenophobia and Related Intolerance in 2001, the European Union was pleased to join international consensus in acknowledging that slavery and the slave trade are a crime against humanity and should always have been so.

3. On 25 March 2007, the day designated by the General Assembly as the International Day for the Commemoration of the Two-hundredth Anniversary of the Abolition of the Transatlantic Slave Trade, the European Union issued a statement reiterating the position that the barbarism of transatlantic slave trade constitutes one of the darkest chapters of our history, in terms of its magnitude, its organized nature and particularly its negation of the human dignity of the victims.

4. The statement also underlined the commitment of the European Union member States to fight various forms of modern slavery, such as bonded labour and human trafficking.

5. In May 2007, Denmark pledged a contribution of $10,000 towards the proposed permanent memorial to the victims of the transatlantic slave trade and slavery, which would be placed in the halls of the United Nations, an initiative led by member States of the Caribbean Community.

6. On 3 July 1848, slavery was abolished in the Danish West Indies (today the United States Virgin Islands). The Danish Government is currently considering an appropriate way to commemorate the 160-year anniversary in 2008, taking into account the sentiments of the descendants of the slaves living today in the United States Virgin Islands and Ghana, from where the majority of slaves originated.

7. It should also be mentioned that the Danish National Museum on 8 October 2007 will be opening the main building at the former slave-plantation “Frederiksgave” in Ghana to a public audience, following the renovation of the plantation. This project is part of the National Museum’s ongoing research into the Danish slave trade and other activities related to the Danish colonies in Africa and the West Indies. The Danish Minister for Cultural Affairs will be participating in the opening. The renovated museum at “Frederiksgave” will provide audiences with information about the cultural background and history of the slave trade, including about the transatlantic slave trade and the use of slaves in the Danish colonies in the West Indies.

Posted by Overseas Review at 12:29 PM No comments: