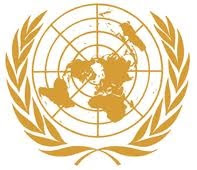 ON THE PASSING OF

KOFI ATTA ANNAN
THE SEVENTH SECRETARY-GENERAL OF THE UNITED NATIONS


On behalf of the Council of Presidents of the United Nations General Assembly, and on my own behalf, I wish to join with millions across our planet in expressing deep condolences on the passing of Kofi Atta Annan, the former Secretary-General of the United Nations, who has joined the ancestors.

Kofi Annan was a proud son of Africa, and had an illustrious and highly distinguished career at the United Nations, spanning the areas of world health, peacekeeping, and other important areas of peace, security and development. He was elected by the member States of the General Assembly as the seventh Secretary-General of the United Nations in 1997.

During his tenure as Secretary-General, he steered the institution with great distinction for over a decade. Of the many initiatives under his direction was the introduction of the Global Compact as a principle-based framework aimed at advancing world human development. This groundbreaking work preceded the emergence of the Millennium Development Goals and the Sustainable Development Goals.

His work was rewarded with the 2001 Nobel Peace Prize. Upon demitting office in 2006, he continued to contribute to the cause of world peace and development through the establishment of the Kofi Annan Foundation in the further promotion of global governance; and as Chairman of the Elders, the distinguished group of elder statesmen involved in conflict resolution and the promotion of human rights. He also served as United Nations and Arab League Envoy to Syria after his tenure as Secretary-General came to a close. In 2006, he was appointed to investigate the Rohingya Crisis in Myanmar.

As president of the 58th Session of the United Nations General Assembly from Saint Lucia, I had the distinct honour to work closely with Kofi Annan in initiatives to strengthen the role of the General Assembly as the most representative body within the U.N. family.

Kofi Annan personified the best of the United Nations. He was the consummate world diplomat and gentleman. He devoted his life towards finding solutions to the myriad issues facing the people of our world. As Secretary-General, he raised significantly the level of importance of the United Nations in addressing the global challenges to peace, security and sustainable development.

He will be sorely missed, but he leaves behind a legacy which should serve as a roadmap for the sustainable development of our planet.
Posted by Overseas Review at 5:26 PM No comments:


"The Comprehensive Nuclear-Test-Ban Treaty has an essential role within the nuclear disarmament and non-proliferation regime. It fosters international peace and security by constraining the development of nuclear weapons. Our collective security demands that every effort should be made to bring this essential treaty into force." — UN Secretary-General, António Guterres

Humanitarian consequences of nuclear weapons in the Pacific