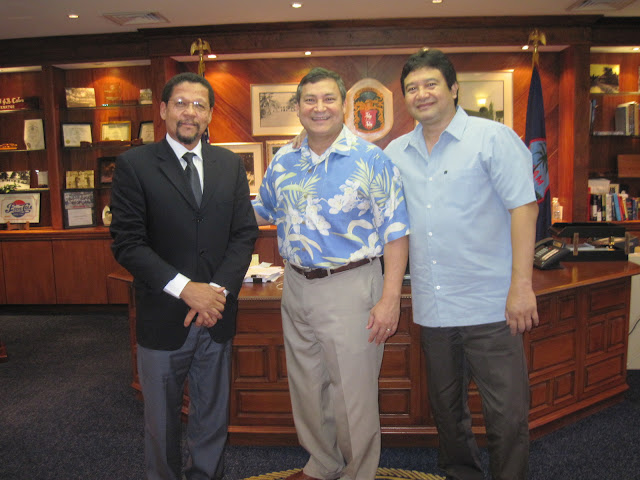 Corbin was in the territory to participate in a seminar at the University of Guam and to conduct meetings with members of the territory's Commission on Decolonisation. He also coordinated a Global Forum comprised of students from the territory's secondary schools and university on the topic of self-determination in the 21st Century, and visited six schools in the territory during United Nations Day activities.

Posted by Overseas Review at 8:27 PM No comments: