Conference to convene on December 1st 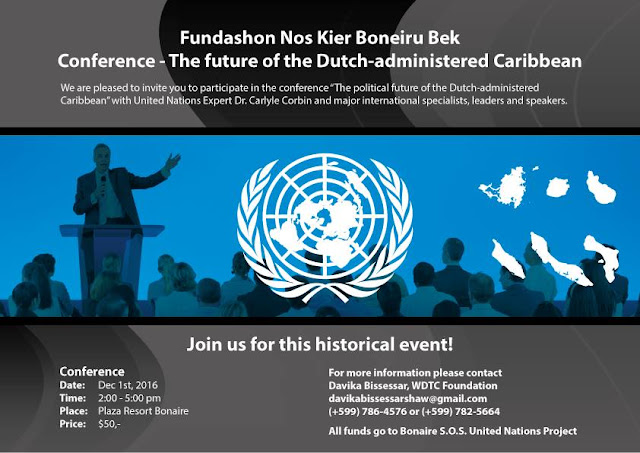 The purpose of the conference is to advance the understanding of the process of self-determination for the Dutch-administered and other territories similarly situated. The convention brings together leaders, professionals and specialists of various backgrounds to facilitate communicate and to promote education on the political status options of full political equality. To this end, the following topics and themes will be explored:

- The political evolution of the Dutch-administered Caribbean to the dissolution of the former autonomous country of the Netherlands Antilles in 2010.

- The implications of the dismantling of the Netherlands Antilles and the evolution of 'public entity' status (Bonaire, Saba and Sint Eustatius.

Posted by Overseas Review at 4:00 PM No comments: