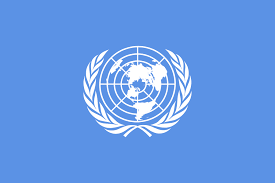 The Question of the U.S. Virgin Islands

Taking note of the working paper prepared by the Secretariat on the United States Virgin Islands[1] and other relevant information,

Aware that, under United States law, the relations between the territorial Government and the federal Government in all matters that are not the programme responsibility of another federal department or agency are under the general administrative supervision of the Secretary of the Interior,[2]

Aware also of the fifth attempt of the Territory to review the existing Revised Organic Act, which organizes its internal governance arrangements, as well as its requests to the administering Power and the United Nations system for assistance to its public education programme,

Aware of the closing of the Hovensa plant, and noting the continuing negative impact on manufacturing and on the employment situation in the Territory,

Cognizant of the potential usefulness of regional ties for the development of a small island Territory,
1.     Welcomes the proposal of a draft constitution emanating from the Territory in 2009, as a result of the work of the United States Virgin Islands Fifth Constitutional Convention, for review by the administering Power, and requests the administering Power to assist the territorial Government in achieving its political, economic and social goals, in particular the successful conclusion of the internal Constitutional Convention exercise;

2.     Requests the administering Power to facilitate the process for approval of the proposed territorial constitution in the United States Congress and its implementation, once agreed upon in the Territory;

3.     Also requests the administering Power to assist the Territory by facilitating its work concerning a public education programme, consistent with Article 73 b of the Charter, and in that regard, calls upon the relevant United Nations organizations to provide assistance to the Territory, if requested;

4.     Expresses its concern regarding the continuing negative impact of the Hovensa plant closure;

5.     Reiterates its call for the inclusion of the Territory in regional programmes of the United Nations Development Programme, consistent with the participation of other Non-Self-Governing Territories;

6.     Welcomes the active participation of the Territory in the work of the Economic Commission for Latin America and the Caribbean;

7.     Recalls the holding, in March 2014, of the meeting of the Inter-Virgin Islands Council between the Territory and the British Virgin Islands.

Posted by Overseas Review at 10:16 AM No comments: