Is There a Case for Economic Development in the British Virgin Islands? 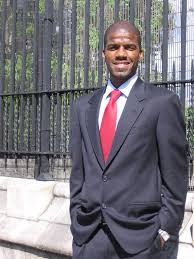 Economic development has emerged as one of the British Virgin Islands' (BVI's) most polarising issues at a time when a consensus is desperately needed in order to stabilise the economy and begin laying a new foundation for future growth.

At issue is the potential impact on society of large scale capital projects and whether their benefits will outweigh their costs.
This concern raises the legitimate question of the appropriate role of economic development in the economy. Such a determination requires the input of a cross-section of stakeholders in society who must weigh the balance between economic development and other economic drivers in stimulating economic growth.

One key consideration is the state of the economy. Recent Ministry of Finance Economic Reviews indicate that the territory's economic outlook has improved since the global financial crisis, but the economy remains in a fragile state of recovery.

The crisis did considerable damage to the financial services and tourism industries that account for nearly 50% of Gross Domestic Product (GDP).

Between 2008 and 2009, GDP growth contracted by an unprecedented 11.6%. Tourist arrivals fell 13% and company incorporations dropped 20%.

The construction industry was particularly hard hit as both private and public sector demand for building and public works related activity plummeted. Unemployment within the industry rose 14% over the period.

The effects of the crisis are still being felt four years on as employment, revenue and commerce remain below pre-crisis levels; and economic growth, a key indicator of the economy's health, remains subdued on weak demand in traditional markets such as the United States (US) and Europe whose economies continue to grapple with severe debt and unemployment problems.

Uncertainty in financial markets and stronger financial regulation at global level are also a drag on the economy.

International Monetary Fund (IMF) forecasts suggest that these trends will continue until global conditions improve, posing a serious challenge for the financial services and tourism industries in the short- and medium-terms.

In this context economic development is needed to help boost economic growth and strengthen the economy's fragile recovery until international conditions stabilise.

Economic development can help drive employment and commerce and give a much needed boost to the construction industry. It can also support long-term economic growth through the laying down of critical infrastructure needed to improve the efficiency of the economy. 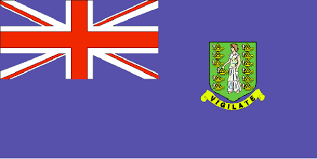 An international consensus is emerging that economic development is a necessary economic stimulus when demand in the economy is weak.

International trends also indicate that the key to successful economic development is inclusivity and sustainability.

The public and other stakeholders must have an opportunity at the conceptual phase of a particular capital project to express their views, which should be weighed in its design. Efforts must also be made for local participation in the investment side of the project and its development.

From a sustainability perspective, capital projects should be carried out on a scale commensurate with the society’s capacity to satisfactorily manage the social, economic and environmental costs involved.

Economic development can play a positive role in the economy, but it must be executed in a manner that benefits the society as a whole. This can only be done if the right balance is found between sustainability, inclusivity and development.

During this extraordinary period it is imperative that the society quickly reaches a consensus on economic development if the territory is to consolidate its economic recovery and lay the foundation for future growth.

Posted by Overseas Review at 7:52 AM No comments: