On November 6, Puerto Ricans voted to elect a new government and to express their will on the island’s current status. Puerto Rico is a possession of the United States whose sovereignty resides in Congress. Law 600, the Federal Relations Act of 1952, governs relations between the island and the federal government. 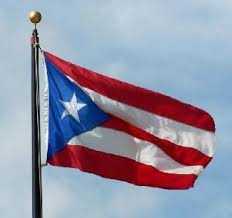 This law is the juridical basis for the creation of the Commonwealth of Puerto Rico (Free Associated State in Spanish). Yet, as a possession the island continues to be an unincorporated territory that belongs to, but it is not a part of, the United States.

Since its inception, Commonwealth was conceived as a transitory form of governance on the way to statehood or independence. Supporters of both these alternatives call Commonwealth a form of colonialism.

There have been four plebiscites on the Puerto Rico status question. The first two (1967, 1993), were won by Commonwealth with a support of 60 and 49 percent of the vote, respectively. Statehood increased its support significantly from 39 to 46 percent, while independence received only 4 percent of the vote in 1993, after a boycott of the 1967 plebiscite by the Puerto Rican Independence Party.

In the 1998 and 2012 plebiscites, the ruling pro-statehood New Progressive Party (NPP) defined Commonwealth in ways not chosen by the supporters of this formula. Hence, statehood appeared as the favored alternative by pluralities of 47 in 1998 and 45 percent in 2012. The NPP, however, tried to present a distorted interpretation of the results giving the impression that statehood was favored by an overwhelming majority of 61 percent.

In this latest plebiscite, the ballot was divided in two sections. The first half asked the question: Commonwealth Yes or No. Commonwealth was defined as a territorial formula, which the Popular Democratic Party (its creators) did not agree with but voted for nonetheless. The second half of the ballot presented three alternatives: statehood, independence and “sovereign Commonwealth,” a version of Commonwealth not supported by the PPD.

Although statehood received 824,238 votes, the largest number it has ever gotten, it did not surpass the 50 percent mark, if the blank votes are counted.

These results show that Puerto Ricans reject the current status and want a change but do not agree on an alternative. Statehood and pro-independence supporters claim that this disagreement stems from the fact that Congress refuses to provide definitions to those alternatives that it would consider acceptable. Until Congress provides clear definitions, Puerto Ricans will continue to engage in a futile debate, goes the argument.

The ball is now, as it has always been, in the Congress’ court, so to speak. The fact is that there have been over a half-dozen attempts to introduce legislation to allow Puerto Ricans to either reform Commonwealth or provide for a “binding” status plebiscite; none has ever been approved.

In 1989, President George H. W. Bush asked Congress to provide legislation to resolve the status question. Sen. Bennett Johnston led the process of drafting a bill and held hearings with the widest participation ever. The bill died in committee. President Obama promised to do the same. Congress needs to speak if it wishes to begin a process of resolution to the status question, otherwise the logjam will to continue.
Posted by Overseas Review at 4:33 PM No comments: