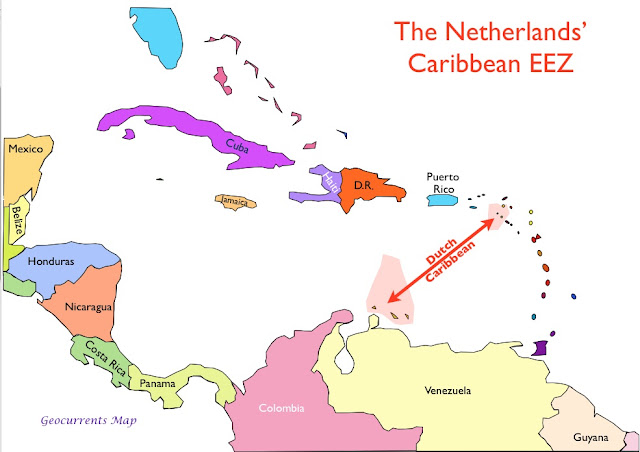 Representatives of the Nos Kier Boneiru Bek Foundation from Bonaire, the Brighter Path Foundation of St. Eustatius, and the illegally deposed Government of St. Eustatius travelled to Guyana and Suriname with the object to solicit solidarity in condemnation of, and to expose the blatant violations of human rights, the continued colonial administration, and the contempt for identity and culture of the local people by the Dutch government in The Hague and its local collaborators in the islands of Bonaire and St. Eustatius.

They received a warm welcome and experienced sympathy and were given support. They met with his Hon. Mr. Carl B. Greenidge, Vice-President and Minister of Foreign Affairs of the Republic of Guyana, with his excellency Mr Colin Granderson assistant Secretary- General CARICOM, Ms Karen de Sousa founder and coordinator of Red Thread a woman and child human rights organization which was awarded the Caribbean Award for Excellence

* Bonaire and St. Eustatius are two small islands in the Dutch Caribbean which since October 10, 2010 were forced in a subordinate direct relationship with the (European) Netherlands at the dissolution of The Netherlands Antilles. This happened against the will of the people of both islands who expressed their desire in separate referenda to retain or possibly expand their level of autonomy. Effectively, the islands are currently governed in a constitutional status that was firmly and clearly rejected by the people.

* Since October 10, 2010 the Dutch government has continued pursuing an aggressive colonial policy of imposing laws contrary to local customs and cultural traditions, undermining and limiting the responsibilities of local democratically elected parliaments and governments, and appointing European Dutch citizens in the local administration and demoting local heads of departments.

* Furthermore, the Dutch government took away all restrictions on immigration of European Dutch to the islands and encouraged their immigration by offering them tax holidays and financial benefits NOT available to the local people. Having wiped out the local businesses by demanding immediate payment of taxes allegedly owed over the five years prior to October 10, 2010, the economy in Bonaire is now largely in the hands of European Dutch.

* In Bonaire, the immigration has come to such a level that it makes the local people fear for genocide by substitution. The same trend is visible in St. Eustatius. With the right to vote in local elections obtained in 90 days (a Dutch law), these Dutch immigrants could soon outnumber locals in the electorate and replace them in the representative bodies, making the exclusion of local people complete.

* On October 10, 2010 the Netherlands usurped the responsibilities for healthcare, education, and social affairs. Since then, despite allegedly big investments in the healthcare system, the crude death rate has gone up significantly and is out of proportion compared to the numbers in the wider Caribbean.

* In education, changes were made in the educational system in Bonaire that adversely affected the local students by limiting them to the lower levels of the system, and hence segregation between the European Dutch and local people. Despite three reports by independent organizations, which stated that the minimum wage was too low, and the average income was well-below the poverty level, the Dutch Government has only ordered a next report to come to the establishment of an acceptable social minimum.

Despite the promise of reluctance in introducing new laws, the Dutch government pushed highly controversial Dutch laws without input from the islands and experienced locally as immoral and as a threat to the identity and culture. In November 2017, the islands were annexed and incorporated in the Dutch constitution, again despite fierce opposition from the islands and despite the referenda in Bonaire in 2015 and 2014 in St. Eustatius.

On top of it, a paragraph was included giving the Dutch government the right to deviate from the constitution and declare parts of the constitution not-applicable to the islands without giving a reason, thus making the status of second class citizens of the people of our islands legal.

Ultimately, the undemocratic and colonial actions of the government in the Netherlands resulted on February 7, 2018 in King Willem-Alexander signing a law into effect, that passed through the Dutch Parliament unanimously in the record time of two days, by which the legislative and executive branches of government of St. Eustatius were thrown out and replaced by a sole (Dutch) Government Commissioner, appointed by and accountable to the Dutch Minister of the Interior in The Hague alone.

By the same law, the elections for the legislative body of St. Eustatius, slated for March 2019, were postponed indefinitely. The law was passed based on a report compiled by two persons appointed by the Dutch Minister of the Interior in which the local government was accused of corruption, nepotism, and fraud. All accusations have so far remained without proof.

The people of Bonaire and St. Eustatius reach out to their brothers and sisters in the Caribbean to increase the awareness about the persistent colonial behavior of the Dutch government toward the islands and help them in their struggle to acquire their measure of self-governance as is stipulated in the resolutions of the United Nations.

By removing these and the other islands of the Dutch Antilles from the UN list of non-self-governing countries and territories under false pretense in 1954, the Dutch achieved to escape reporting to the United Nations on the decolonization of the islands and have their wicked way with the islands.

The NGO’s Nos Kier Boneiru Bek and Brighter Path, joined by the deposed legitimately and democratically elected government of St. Eustatius, strive for re-enlisting on the list of non-self-governing countries and territories of the United Nations and for acquisition of their measure of self-governance to guarantee the human rights of the local people of Bonaire and St. Eustatius now trampled on and taken away by a Dutch government. This quest has brought them to the doors of CARICOM and the governments of the member states.