First of all I would like to express my best wishes to all of you for 2013 and to thank you for this opportunity to address this honorable Assembly. Let me also thank our fellow countries, our brothers from the Pacific region, who have been instrumental and relentless in their support to move our case forward within the United Nations.

The final communiqué of the 16th Non-Aligned Movement Summit of 26 to 31 August 2012, held in Tehran affirmed the inalienable right of the Ma’ohi people to self-determination by virtue of the UN Charter and Resolution 1514.

Today it is my duty and honor to give you some background for a better understanding and implementation of that statement made in Tehran. Our country Mao’hi nui used to be free, and our People used to be in charge of their destiny. That changed in the 19th century, after the Europeans so-called “discoverers” reached our shores. Then, our great Pacific Ocean ended up divided in parts that they would rule, as colonies.

92% of you, honorable members of the NAM have gone through that colonization process, and came out of it to claim your freedom. 27 of you became independent from the same colonial power that is still ruling what is today French Polynesia and defining the boundaries of my People’s freedom.

Arm twisting our late queen Pomare IV into a protectorate, then into annexation, our country was eventually seized after an unfair war, maohi warriors opposing wooden sticks and spears to firearms and canons. The colonizers overpowered those whom they called “rebels”, and whom we call heroes.

Breaking their own annexation act of june 29th 1880 the French replaced our traditional community based land sharing system by the Napoleon civil code; a way to legally seize the land of the Maohi People, and to establish the colons.

This caused a major disruption which effects still ripple nowadays with many native Maohi people struggling to get ahold of the lands once cherished by our ancestors.

From 1908 to 1966 one of our islands, Makatea, has been pillaged for its phosphates, generating huge wealth for the colons who were granted mining rights.

Around the same period with Algeria’s raise to independence, France’s was planning to relocate its nuclear testing in our country, on the atolls of Moruroa and Fangataufa.

In 1958, one man stood up against the might of the colonial administration. Pouvanaa a Oopa, the father of Tahitian nationalism. His ideas of a Maohi country governed by Maohi People were gaining momentum and starting to threaten France’s plans. The enemy of the State had to go.

Pouvanaa was setup, accused of trying to burn the capital down. With a parody of a trial, Pouvanaa was sentenced, banned, and sent into exile in France.

The path was now free for France for its next move : nuclear testing.

What sin had we done to deserve this ?

30 years of nuclear testing, with 193 bombs exploding upon, or inside the atolls of Moruroa and Fangataufa, now open nuclear dump fills and doomed man lands.

30 years of lying to the Ma’ohi People, using us as lab rats, pretending that these testing were safe and clean.

30 years of turning our Economy and Society upside down. As they dropped their nuclear bombs, France also dropped huge amounts of cash to create an artificial and tethered economy.

By doing so, the ensured a system that would primarily benefit the colons. Our traditional way of life was destroyed. Fishermen would not fish anymore. Native fruits and roots would not be cultivated anymore. Shops, with imported goods, and easy money from the nuclear testing facilities rapidly dismantled the basis of what used to make us virtually self-sufficient.

Now, children are born with birth defects and people dying of several nuclear related illnesses that are bound to be passed to many generations to come.

Meanwhile, the French had to loosen the dog’s leash occasionally. Luring us with the illusion of freedom… It smells like freedom, tastes like freedom, but make no mistake: French version of “autonomy” is not freedom. We are no more than a French collectivity, governed in reality from Paris.

From 1977 to 2011, we have been imposed six updates of our statute. In fact a small “political sandbox”. Our whole so called “Statute of autonomy” is no more than one tiny organic law within France’s own body of laws. One that they can change at their own will, without consulting the Ma’ohi People.

But let us be clear: neither our forefathers, nor our children have or will ever alienate our universal right to self-determination.

So, why is France so eager to keep us under her stronghold now that nuclear testing is over? Simply put, Ma’ohi Nui, with 5 million square kilometers accounts for half of France marine waters, making it the third largest oceanic nation in the world. Rather than a small islands country, we are a big ocean one, as large as western Europe.

France is now lurking to exploit our ocean. From the fishes to the newly found phosphates of our country, and the huge rare earth mineral reserves found on our seabed.

This is yet another case of David against Goliath, and the reason why we want our country back on UN’s list of non-autonomous territories.

Without the UN as a referee between France and us, this is once again an unfair and uphill battle.

Don’t get mistaken this is not a request from us to get independence without our People’s vote. What we seek is a fair evolution of our relations with France, with the oversight of the UN.

Time will come when this evolution is mature, and the question of independence shall then be asked. But this will need to go through a referendum.

French law allows Europeans to take part in votes in French Polynesia only three months after they arrive. The law that defines who, when and how we vote in all our elections is neither defined nor voted in Tahiti, but indeed in Paris by the French Parliament, without any real consultation the Ma’ohi People.

Without the international framework of being under UN scrutiny, any such referendum would be a farce and a disgrace for democracy.

35 years ago, in 1978, as a simple petitioner I first came to the UN in New-York to oppose French nuclear testing in our country. At that time I was told that the UN could not help us on that issue, because we had been unilaterally withdrawn from the UN list of non-autonomous territories by France in 1947. 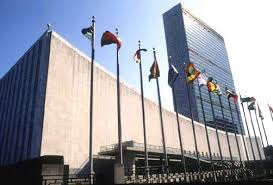 In 1986 I came back with my brothers from New Caledonia Kanaky, another French colony also withdrawn from that list. With the support of NAM and many others was relisted by vote at the UN General Assembly. It took bloodshed in Kanaky, and the determination of my late soul-brother Jean-Marie Tjibaou to do it.

Peace, economic and social development has followed, and a fair process towards an auto-determination referendum is set.

How could anyone say that What has been done for New Caledonia cannot be done for French Polynesia – Ma’ohi nui ?

Today with the guidance of the Almighty, I am stating my People’s case before you.

This time, as the President of the country, and with the backing of the parliament, the local,regional, and world council of churches, and more important, the support from the Melanesian Spearhead Group and Pacific Leaders group.

Our case is very specific. We are not seeking inscription, but reinscription on the UN list from which we were unilaterally removed without consultation of our People or any resolution from the United Nations General Assembly.

Our quest is peaceful but our resolve is strong. It has always been.
Decolonization and self-determination should not be seen as threats to colonial powers but as a way to fulfill the sacred mission to which they have committed themselves before the United Nations since 1946.

Recently France supported Palestine and so did NAM standing strong and united. Today you have the opportunity to make another statement to the World.

An opportunity to remind the United Nations of its fundamental engagement towards decolonization.

An opportunity to give hope to the Ma’ohi People, a small Nation with big dreams, crying and calling upon the international community to give us the choice of Freedom and Peace.

36 years ago, I could have chosen a quiet path. But my soul and faith could not bend and align themselves to accept colonialism.
Instead of aligning myself to the French “clean nuclear testing fraud”, I opposed it. For that my family, my friends, suffered. I have been threatened, thrown in jail, treated as a terrorist and risked my life on many occasions.

Today, some are still trying to lure our People in believing that there is no future outside of dependence. But I know that Ma’ohi nui has the assets and potential to build a Nation by and for ourselves.

That conviction will never bend and align for the right to self-determination is the most precious legacy to our children.

And as Dag Hammarskjöld once said : Never, "for the sake of peace and quiet," deny your own experience or convictions.”

Read about the United Nations re-inscription process of Ma'ohi Nui at http://maohinui.org/.
Posted by Overseas Review at 2:55 PM No comments: