New Caledonia: U.N. General Assembly wants Noumea Accord to be respected in the territory's upcoming act of self-determination

Having considered the question of New Caledonia,

Having examined the chapter of the report of the Special Committee on the Situation with regard to the Implementation of the Declaration on the Granting of Independence to Colonial Countries and Peoples for 2014 relating to New Caledonia,[1]

Reaffirming the right of peoples to self-determination as enshrined in the Charter of the United Nations,

Recalling its resolutions 1514 (XV) of 14 December 1960 and 1541 (XV) of 15 December 1960,
Noting the importance of the positive measures being pursued in New Caledonia by the French authorities, in cooperation with all sectors of the population, to promote equitable political, economic and social development in the Territory, including measures in the area of environmental protection, in order to provide a framework for its peaceful progress to self-determination,

Noting also, in this context, the importance of continued dialogue among the parties involved in New Caledonia in the preparation of the act of self-determination of New Caledonia,

Recalling the report of the Special Rapporteur on the rights of indigenous peoples on the situation of Kanak people in New Caledonia, submitted to the Human Rights Council at its eighteenth session, held from 12 to 30 September and on 21 October 2011,[2] following his visit to the Territory in February 2011,

Noting with satisfaction the intensification of contacts between New Caledonia and neighbouring countries of the South Pacific region, including through the hosting of New Caledonian delegates in the French diplomatic and consular missions in the region,

Recalling the conclusions of the eighteenth Melanesian Spearhead Group Leaders Summit held in Suva on 31 March 2011 and the recommendations for the annual monitoring and assessment of the Nouméa Accord,[3]

Welcoming the exchange of letters between the Department of Political Affairs of the Secretariat and the Melanesian Spearhead Group secretariat on the sharing of information on New Caledonia,

Mindful that New Caledonia has entered the most seminal phase of the Nouméa Accord process, a period that requires continued close monitoring by the United Nations of the situation in the Territory in order to help the people of New Caledonia to exercise their right to self-determination in accordance with the objectives set out in the Charter and the Declaration on the Granting of Independence to Colonial Countries and Peoples,

Welcoming also the dispatch of a United Nations visiting mission to New Caledonia in March 2014,

Having heard the statement of the Chair of the visiting mission,

Having examined the report of the United Nations visiting mission to New Caledonia,[4]

Welcoming the cooperation of the administering Power with regard to the work of the Special Committee relating to New Caledonia and its readiness for and concurrence with the dispatching of the 2014 visiting mission,

Having heard the statement of the representative of the administering Power,

Acknowledging the successful conduct by New Caledonia of municipal and provincial elections in May 2014,

Taking note of the information presented to the Pacific regional seminar on the implementation of the Third International Decade for the Eradication of Colonialism: accelerating action, held in Nadi, Fiji, from 21 to 23 May 2014, on the situation in the Territory, including on the issues related to the 2014 elections, 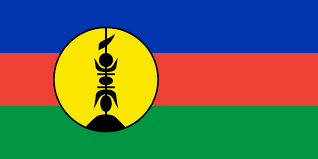 1.       Approves the chapter of the report of the Special Committee on the Situation with regard to the Implementation of the Declaration on the Granting of Independence to Colonial Countries and Peoples for 2014 relating to New Caledonia;1

2.       Also approves the report, observations, conclusions and suggested recommendations of the United Nations visiting mission to New Caledonia conducted in 2014;4

3.       Expresses its appreciation to the administering Power and the Government of New Caledonia for the close cooperation and assistance extended to the visiting mission;

4.       Notes the concerns expressed regarding the challenges encountered in the provincial elections process with respect to the persistent varying interpretations of the restricted electorate provisions and the voter registration appeal process, and encourages the administering Power and the people of New Caledonia to address in an amicable manner the concerns of all stakeholders under the existing relevant laws in the Territory and in France, while also respecting and upholding the spirit and letter of the Nouméa Accord;3

5.       Expresses the view that adequate measures for conducting the upcoming consultations on access to full sovereignty, including a just, fair and transparent electoral roll, as provided in the Nouméa Accord, are essential for the conduct of a free and genuine act of self-determination consistent with United Nations principles and practices;

6.       Calls upon France, the administering Power, in the light of the observations, conclusions and suggested recommendations of the visiting mission, to consider developing an education programme to inform the people of New Caledonia about the nature of self-determination so that they may be better prepared to face a future decision on the matter, and requests the Special Committee to provide all available assistance in that regard;

7.       Commends the observations, conclusions and suggested recommendations of the visiting mission to the Government of France, as the administering Power, and the Government of New Caledonia for appropriate action;

8.       Urges all the parties involved, in the interest of the people of New Caledonia and within the framework of the Nouméa Accord, to maintain their dialogue in a spirit of harmony in order to continue to promote a framework for the peaceful progress of the Territory towards an act of self-determination in which all options are open and which would safeguard the rights of all sectors of the population, based on the principle that it is for the populations of New Caledonia to choose how to determine their destiny;

(c)     Considered the work of the steering committee to assess progress under the Nouméa Accord, welcomed the outcome of the working group established in 2013, and called for its continuation;

(d)     Took note of the discussion paper presented by the mission responsible for considering the institutional future of New Caledonia, and agreed that it could be used as a basis for work and debate with a view to preparing for the referendum prescribed by the Nouméa Accord and that it should be widely disseminated;

(e)     Discussed the conditions under which preparations would be made for the referendum after the provincial elections in 2014 with the assistance of France, if requested;

(f)      Noted the status of the discussions on nickel markets and activities undertaken within the framework of the Conference of Presidents, and reiterated the need to build a coherent, long-term industrial strategic framework, with the participation of all stakeholders, in order to ensure the sustainable future development of mining and metallurgical activities and to maximize their socioeconomic benefits;

(g)     Noted with satisfaction the work accomplished by the special congressional commission responsible for adopting a flag that expresses both the Kanak identity and the future to be shared by all;

(h)     Examined the work carried out for the establishment of structured mechanisms for the advancement of New Caledonians in the civil service, particularly the sovereign civil service;

10.     Reaffirms its resolution 68/87 of 11 December 2013, in which the General Assembly, inter alia, reaffirmed that, in the absence of a decision by the Assembly itself that a Non-Self-Governing Territory has attained a full measure of self-government in terms of Chapter XI of the Charter of the United Nations, the administering Power concerned should continue to transmit information under Article 73 e of the Charter with respect to that Territory;

11.     Notes the continuing concerns expressed by the Kanak people regarding their underrepresentation in governmental and social structures, incessant migratory flows and the impact of mining on the environment;

12.     Commends the “Cadres for the future” programme, and encourages further enhancement of the training and capacity-building of high-level executives in the public and private sectors in the Territory, particularly in view of the ongoing transfer of powers from the Government of France to New Caledonia, while ensuring that the transfer of powers is undertaken in a manner consistent with the Nouméa Accord;

13.     Recalls the observations and recommendations contained in the report of the Special Rapporteur on the rights of indigenous peoples on the situation of Kanak people in New Caledonia,2 made in the light of relevant international standards, to assist with ongoing efforts to advance the rights of the Kanak people in the context of the implementation of the Nouméa Accord and the United Nations-supported decolonization process;

14.     Welcomes the strengthening of the economic and social rebalancing initiatives undertaken by the administering Power, and urges its continuation in all areas and communities of the Territory, especially of the well-being of the Kanak indigenous people;

15.     Encourages the administering Power, with the cooperation of the Government of New Caledonia, to ensure and enhance safeguards for and guarantees of the inalienable right of the people of the Territory to own, access, use and manage their natural resources, including proprietary rights for their future development;

16.     Recalls the relevant provisions of the Nouméa Accord to the effect that New Caledonia may become a member or associate member of certain international organizations, and notes the continuing strengthening of ties between New Caledonia and both the European Union and the European Development Fund;

18.     Acknowledges the contribution of the Jean-Marie Tjibaou Cultural Centre to the protection of the indigenous Kanak culture of New Caledonia;

19.     Welcomes the cooperative attitude of other States and Territories in the region towards New Caledonia, its economic and political aspirations and its increasing participation in regional and international affairs;

20.     Takes note of the information shared by participants from New Caledonia at the Pacific regional seminar on the implementation of the Third International Decade for the Eradication of Colonialism: accelerating action held in Nadi, from 21 to 23 May 2014, including on measured progress made in the social, economic, political and environmental spheres and more focused efforts, particularly on the rebalancing initiatives and electoral roll concerns, necessary for the long-term shared mutual benefit of all New Caledonians, and urges the administering Power and the Government of New Caledonia to devote appropriate attention to addressing these issues;

21.     Welcomes the peaceful conduct of provincial elections in New Caledonia on 11 May 2014, the preceding municipal elections and the subsequent ongoing efforts to form a new Government of New Caledonia, and encourages constructive engagement by all stakeholders in further developing New Caledonia for all, including by respecting and upholding the Nouméa Accord;

22.     Also welcomes the actions taken by the administering Power to continue to transmit to the Secretary-General information as required under Article 73 e of the Charter, particularly the submissions on 4 February and 15 May 2014 on the most recent developments in New Caledonia;

23.     Notes the agreement between the signatories to the Nouméa Accord that the progress made in the emancipation process shall be brought to the attention of the United Nations;

24.     Decides to keep under continuous review the process unfolding in New Caledonia as a result of the signing of the Nouméa Accord;

25.     Requests the Special Committee to continue the examination of the question of the Non-Self-Governing Territory of New Caledonia and to report thereon to the General Assembly at its seventieth session.