Operation was carried out with 'cull co-operation' of UK government

The British government is under pressure to answer claims it allowed the Indian Ocean island of Diego Garcia to be used to hold Al Qaeda suspects in a secret jail. A leaked report in the US suggests the CIA held ‘high value’ detainees on the British territory with the ‘full co-operation’ of the UK government. The claims contradict repeated denials that Britain had ever let the US use Diego Garcia for the ‘extraordinary rendition’ of terror suspects. 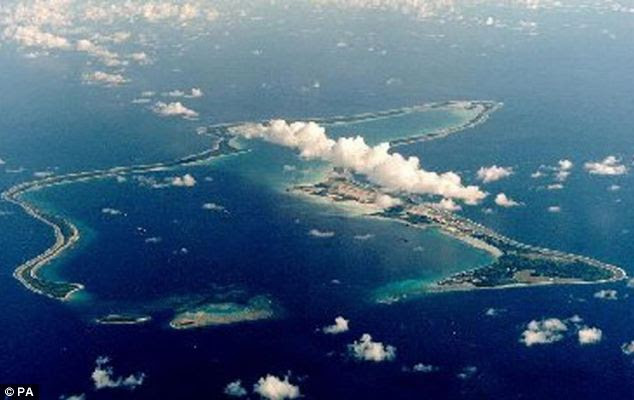 The British territory of Diego Garcia in the Indian Ocean was used to hold 'high value' terror suspects in a secret black jail, according to reports in the US. A report by a Senate Intelligence Committee into the CIA’s kidnap and torture is due to be published in weeks.
But sources told Al Jazeera America it includes claims that Britain was aware of the use of Diego Garcia as a secret ‘black jail’.

US President George W Bush confirmed in 2006 that the CIA had operated a network of secret prisons around the world to interrogate terror suspects.

The Senate report claims that ‘the CIA detained some high-value suspects on Diego Garcia, an Indian Ocean island controlled by the United Kingdom and leased to the United States’, Al Jazeera America reported.

‘The classified CIA documents say the black site arrangement at Diego Garcia was made with the “full cooperation” of the British government.’

Foreign Secretary William Hague is under pressure to answer questions raised by the reports
In 2011 ministers denied Diesgo Garcia had been used in this way.

Foreign Office minister David Lidington said: Aside from the two cases of rendition through Diego Garcia in 2002, the US Government has confirmed that there have been no other instances in which US intelligence flights landed in the UK, our Overseas Territories, or the Crown Dependencies, with a detainee, on board since 11 September 2001.’

However, Mr Hague now faces pressure to address the claims which have emerged from the Senate Committee report. Reprieve, a legal charity which represents victims of rendition, has written to Mr Hague demanding an explanation.

‘If the CIA operated a black site on Diego Garcia, then a string of official statements, from both this and the last government, were totally false.

‘Were ministers asleep at the wheel? Or, as the report suggests, have we been lied to for years?

‘The Foreign Secretary must urgently clarify whether the CIA ran a secret prison on Diego Garcia, and whether our clients Abdel-Hakim Belhaj and his wife Fatima Boudchar were among its victims.’

A Foreign Office spokesman said: ‘I refer you to statements we’ve made in the past on this issue.’