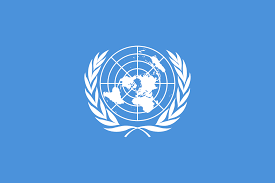 Taking into account articles 3 and 4 of the United Nations Declaration on the Rights of Indigenous Peoples[1] regarding the right of self-determination and the recommendation of the Permanent Forum on Indigenous Issues at its eleventh session on the implementation of basic fundamental human rights articulated in the Declaration, particularly the right to self-determination,[2]

Taking note of the resolution of the Assembly of French Polynesia, adopted in Papeete, Tahiti, on 18 August 2011, in which it expressed its will that French Polynesia be reinscribed on the United Nations list of Non-Self-Governing Territories, and the decision taken by the Council of Ministers of the Government of French Polynesia on 15 June 2011 to call for the reinscription,

Welcoming the decision of the Heads of State or Government of Pacific States taken at the second “Engaging with the Pacific” regional meeting, held in Nadi, Fiji, on 1 and 2 September 2011, to support the reinscription of French Polynesia on the United Nations list of Non-Self-Governing Territories,

Taking note of the communiqué of the second Polynesian Leaders Group meeting, held in Rarotonga, Cook Islands, on 25 August 2012, in which the Group affirmed its support for the reinscription of French Polynesia on the United Nations list of Non-Self-Governing Territories,

Welcoming the decisions of the Pacific Islands Forum, taken at its meetings held in Apia, Samoa, from 5 to 7 August 2004, Auckland, New Zealand, on 7 and 8 September 2011, and Rarotonga, Cook Islands, from 28 to 30 August 2012, to support the principle of the right to self-determination of the people of French Polynesia,

Welcoming also the Final Document of the sixteenth Conference of Heads of State or Government of Non-Aligned countries, held in Tehran from 26 to 31 August 2012,[3] affirming the inalienable right of the people of French Polynesia to self‑determination in accordance with Chapter XI of the Charter of the United Nations and General Assembly resolution 1514 (XV),

Noting that since 1977, successive unilateral changes made by the administering Power to the political status of the territory of French Polynesia have failed to provide for a full measure of self-government in accordance with the Charter and have been inconsistent with sustainable social and economic development,

Recalling that French Polynesia, as the former French Establishments in Oceania, was originally considered a Non-Self-Governing Territory in General Assembly resolution 66 (I) of 14 December 1946 but was unilaterally withdrawn from the list without regard for the resolution or consultation with the indigenous Ma’ohi people,

1. Affirms the inalienable right of the people of French Polynesia to self‑determination, including independence, in accordance with Chapter XI of the Charter of the United Nations and General Assembly resolution 1514 (XV), recognizes that French Polynesia remains a Non-Self-Governing Territory within the meaning of the Charter, and declares that an obligation exists under Article 73 e of the Charter on the part of the Government of France, as the administering Power of the Territory, to transmit information on French Polynesia;

2. Decides to reinscribe French Polynesia on the United Nations list of Non-Self-Governing Territories;

3. Requests the Special Committee on the Situation with regard to the Implementation of the Declaration on the Granting of Independence to Colonial Countries and Peoples to consider the question of French Polynesia at its next session and to report thereon to the General Assembly at its sixty-eighth session;

4. Calls upon the Government of France to intensify its dialogue with French Polynesia in order to finalize an accord of cooperation and to include, inter alia, a fair and effective self-determination process, under which the terms and timelines for an act of self-determination will be established, followed by the establishment of a cooperation framework in order to achieve sustainable social and economic development consistent with Article 73 d of the Charter;

5. Requests the Secretary-General to seek the views of Member States, regional organizations and other relevant entities and to report to the General Assembly on the implementation of the present resolution at its sixty-eighth session.

Posted by Overseas Review at 11:52 PM No comments:


The halfway mark: Our promises, and where we are today.

Tonight is a halfway mark where you get to grade me… not on what I say tonight, but on what we’ve done as a team. This is a midterm review of the promises Ray and I made to you, and where we are today.

This drive toward excellence is perhaps what distinguishes the last two years. In the midst of everything that is happening… it can be very easy to forget the dismal state of our beginnings.

In the last two decades, how commonplace has it been to accept that our roads wouldn’t be paved? Or that tax refunds wouldn’t be paid for years? Or that corruption was just part of the game? Or that growing poverty was simply our lot in life?

When I look into the eyes of your children, I see 4,000 years of greatness… abandoned only for the past two decades by an immoral mediocrity that we could not accept. We are committed to making commonplace what was once considered extraordinary. It’s funny that we’ve celebrated the payment of refunds, transparency in your government, building of infrastructure. This is what you pay for! This is what you hired us to do! Yet, this has not been the story until recently.

Read full State of the Island Address here.
Posted by Overseas Review at 11:12 PM No comments: