Autonomous country status within the Kingdom of the Netherlands, partial integration (public entity) or full integration  into Holland, or independence? 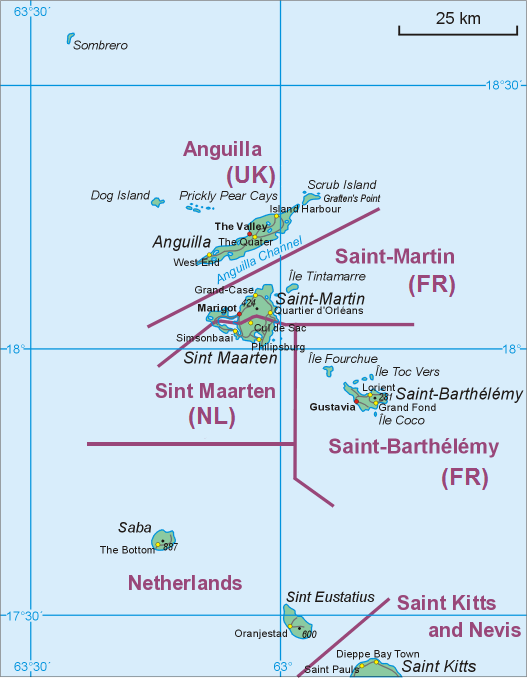 Meanwhile, the smaller islands of Saba and Bonaire had chosen a form of “direct ties” to the Kingdom in their respective referenda, resulting in a form of partial integration with Holland as one of the four countries of the Kingdom. The fifth, Sint Eustatius (Statia) had voted in its 2005 referendum  to remain as part of the autonomous country of the Netherlands Antilles. But since all od the islands except Statia had chosen to end that multi-island governance arrangement, the prevailing Statia leadershidecided to accept the same status of “direct ties” as had its smaller island counterparts. 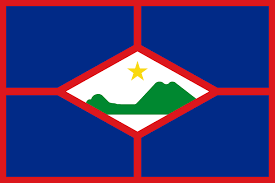 After four years of the emergence of the “public entity status” of partil integration, and amid increasing public support for a referendum on political status alternatives, the Statian leadership decided to consult its people on whether to confirm the present status, or whether a new political direction should be followed.

The December 17th referendum will serve as the opportunity to re-visit whether the current status is what the people actually desire, or whether an alternative option would be a better path going forward. Once an option is chosen, Statia's leadership would begin negotiations with the Kingdom on how to make the chosen option a reality.

An electoral observation team from the United Nations Electoral Affairs Division of the Department of Political Affairs is monitoring the vote.

Autonomy within the Kingdom

Statia could choose an autonomous status within the Kingdom. This is the status that the majority of the people voted for in the referendum of 2005. However that choice was for autonomy was together with Saba, Bonaire, Sint Maarten, and Curacao as the multi-island Netherlands Antilles. This became moot when the other four islands voted to effectively dismantle the multi-island grouping.

An autonomous Statia would become one of the several autonomous countries of the Kingdom, like Aruba, Curacao and Sint Maarten, with its own constitution and laws. Unlike the present public entity status, there would be a representative known as the Minister Plenipotentiary in the Kingdom Parliament to speak on behalf of Statian interests.

Autonomy would provide the distinct international personality for Statia to become associate members or observers to regional organizations such as The Caribbean Community (CARICOM), the Organization of Eastern Caribbean States (OECS), the Association of Caribbean States, and various United Nations specialized agencies. Statia would also maintain its Overseas Countries and Territories (OCTs) status with the European Union.

Autonomy would allow for expanded trade and transportation links with neighboring countries such as Saint Kitts and others throughout the region. This would provide additional trade and business options, and provide for an expanded market for Statia goods and services. Under the autonomous status, the ownership and control of the natural resources would be the subject of negotiations.

St. Eustatius could remain in the current status of partial integration as a public entity of Holland, with citizenship of the Kingdom, and could negotiate for potential improvements for the political relationship to be more balanced since the present situation allows for laws and regulations to be applied to Statia without consent. At the same time, there is no political representation for Statia in Holland which would give Statians a voice in how these laws and regulations are applied. Any changes recommended to the public entity status would have to be agreed by Holland. A five-year evaluation is  currently underway by the Kingdom to determine how the public entity status is functioning.

Statia could also move from the present partial integration to full integration similar in scope to what French St. Martin had within the French Republic until moving to an autonomous collectivity status in 2007. This status had provided French St. Martiners with full political, economic and social rights in the French system within the framework of the multi-island French overseas department status.

A fully integrated status for Statia would provide for full rights in Holland, while Statia may also modify its present “Overseas Countries and Territories (OCTs)” status with the European Union (EU) to that of an EU Outermost Region (OR).

Full integration would require the approval of Holland since it would have to accept Statia under equal political, economic and social terms. Full integration would also require Statia to take on a fuller set of responsibilities, such as increased taxes and other obligations, but there would also be the right to vote in the full range of Dutch elections provided the necessary changes are made to the Dutch Constitution.

Statia under independence would provide for full internal self-government. It would allow the freedom to develop its own system of government with its own constitution. It would also permit full membership in regional organizations, and full membership in the United Nations. Independence in the 21st Century is different than in the past, as today's world is much more inter-dependent. This is especially important for countries with a small land mass and small population like Statia.

An independent Statia could maintain the present use of the United States dollar as its official currrency, adopt another international currency like the Euro or even the Eastern Caribbean dollar, or create its own currency. As an independent country, Statia would own and control its natural resources, including the marine resources of the exclusive economic zone.

An independent Statia, as the other two political status options of integration or autonomy, would not be achieved overnight. Independence would require a transition period where significant assistance would come from the Kingdom Government, as well as from the United Nations and other international bodies to help build the capacity of the people of Statia to run their own affairs, and to work closely with the international community of nations.


Economic circumstances would also be impacted by the various political status options including such areas as currency, trade and international commerce, ownership of natural resources, and other areas.

In the selection of the official currency, the partially-integrated public entity status, if enhanced, could retain the existing flexibility in which official currency could be used, with the ultimate determination made by the Kingdom. Full integration might require the adoption of the Euro as in the case of the French departments of Guadeloupe, Martinique and French Guiana. Under an autonomous status, or independence, Statia could create its own currency as was done with respect to the Netherlands Antilles Guilder, or adopt an international currency like the U.S. Dollar as is being contemplated by the autonomous country of Sint Maarten.

A fully-integrated Statia would find the ownership and control of natural resources, including marine resources, solely under the jurisdiction of the Kingdom. An enhanced public entity status would not likely result in any change in this ownership. An autonomous Statia may find scope for negotiation on this resource ownership under powers mutually agreed, while independence would bring the ownership and control of  these resource solely within the realm of an Independent state of Sint Eustatius.

Posted by Overseas Review at 8:51 PM No comments: