By CB Online Staff
cbnews@caribbeanbusinesspr.com
cb.pr@gmail.com
The Puerto Rico Olympic Committee (Copur by its Spanish acronym) will get a guaranteed $3.8 million per year in public funding under legislation signed by Gov. Luis Fortuño on Monday. 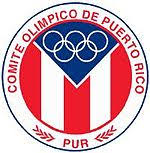 Fortuño also signed a measure extending $4 million in annual funding to the Olympic Park training facility in the south coast town of Salinas. Although Puerto Rico is a U.S. territory, the island sends its own national team delegations to international competitions including the Olympics, Pan-American Games and the Central American & Caribbean Games. 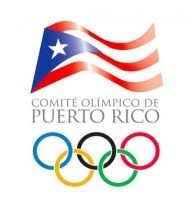 The outgoing governor inked the law at La Fortaleza with new Copur President Sara Rosario, Sports & Recreation Secretary Henry Neumann and David Bernier, the former Copur chief who has been tapped to head the State Department under the incoming administration of Gov.-elect Alejandro García Padilla.

Also on hand at the signing ceremony were the co-authors of the legislation, New Progressive Party Sen. Larry Seilhamer and Popular Democratic Party Sen. Antonio Fas Alzamora.
The legislation was passed during a special legislative session this month after not being taken up during the final regular session of the four-year term.

The $3.8 million in guaranteed public funding of Copur will extend through 2020 and represents a $500,000 hike over the current allotment. Copur is expected to seek support in the incoming PDP-controlled Legislature for another $4 million it says it needs to close a gap with other Caribbean nations in terms of support and training for national team athletes.
Posted by Overseas Review at 5:29 PM No comments: