The United Nations and the Decolonisation of West Papua

How the UN Failed West Papua

NEW YORK — A decade ago, Herman Wainggai caused a diplomatic furor between Indonesia and Australia when he boarded a homemade canoe and crossed the Arafura Sea to the northern tip of Australia. Escaping his home in the Indonesian-controlled territory of West Papua, Wainggai feared that his campaign for West Papuan independence would soon cost him his life. In March 2006, Australia recognized Wainggai as a refugee and granted him protection. Indonesia responded by temporarily recalling its Australian ambassador.

With reports of renewed intimidation by Indonesian authorities in West Papua, Wainggai will once again embark on a controversial journey to seek justice for his people. This time, his destination is New York’s UN headquarters to lobby at its 71st General Assembly. “We want to remind the UN they can’t let West Papua be colonized for so long,” said Wainggai in a telephone interview.

But Wainggai’s task will not be easy. The UN has slumbered in its decolonization efforts, with only one state, Timor-Leste, achieving independence in the past 20 years. Added to that, West Papua is currently unrecognized by the world body as a colonized “non-self-governing territory”—it lost this designation over four decades ago, when West Papua was integrated by Indonesia through controversial means.

READ THE FULL ARTICLE HERE .
Posted by Overseas Review at 8:09 PM No comments: 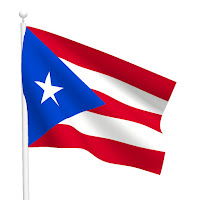 Towards a Definitive Solution to the Status

Like never before since 1952, the political leadership in Puerto Rico and the US government (Congress as well as the White House) are coping with the unavoidable need to work together and in all earnestness, in order to design and enforce a mechanism to ensure the final determination of political relations between the Island and the United States.

The lengthy discussion about our nation's political status began during the days of the Spanish imperial reign over the Island, and escalated under the plenary powers of the US Congress over our Caribbean territory. Nowadays, at the exact moment we're celebrating the 64th anniversary of the Puerto Rican Constitution, this debate is at a point where it won't bear political and partisan games—which have hindered the solution of this hundred-year-old dilemma—any longer.

On the contrary, current circumstances require, or rather demand, an understanding on behalf of Puerto Rican and United States political leaders to bring to an end what the most recent decisions and actions at the federal level (judicial, executive and congressional) have defined as a clearly colonial situation.

Those representing all ideologies are responsible for requiring and guiding a serious debate on the process to decolonize Puerto Rico, especially with the cooperation from those supporting the commonwealth, many of whom acknowledge the clear frailty of the status quo. The ultimate decision on the Island's political status quo should be made by Puerto Ricans through their votes. However, the federal government is also responsible for establishing the base—via non-territorial, non-colonial and permanent options—on which the Puerto Rican people may express their will, entirely of their own volition, to emerge from this colonial trap.

The most recent incidents with judicial authorities, the White House and Congress should be seen as warning signs telling Puerto Ricans that the time has come for the most important choice.

The first incident involves Treasury Secretary Jacob Lew, who on January—within the framework of congressional proposals looking for a legislation to help Puerto Rico out of its severe fiscal crisis—stated that the current territorial status did not provide the Island the adequate tools to arise from this situation and rebuild its economic development. This was a hard knock on the conscience of our local political elite—a knock that should have reached political leaders and executives in Washington—regarding the importance of dealing with the political status.

After this admonishment from the high-ranking federal officer (who spoke on behalf of the White House) came a historic decision from the US Supreme Court in June: a ruling which set a precedent to the effects that Puerto Rico's sovereignty resides in Washington, and that the Island's ultimate source of authority is the US Congress. In June, the US Supreme Court also ruled that Puerto Rico's territorial government does not have the authority to approve, as the Governor and local Legislature had, a local bankruptcy code for its public corporations. With this decision by the Supreme Court, the Island was left in a judicial limbo, since it cannot resort to the US Bankruptcy Code, but neither does it have the authority to approve a bankruptcy code created by its own Legislative Assembly.

These decisions, political in nature, are added to the affront upon our dignity that is the continuity of a colonial state as a system of government in this day and age. In short, the Island's structural problem is based on the political, judicial and economic relationship between Puerto Rico and the United States. It's time for a definitive solution, to make way for the Island's economic development and the respect of our people.

Posted by Overseas Review at 11:53 AM No comments: