St. Kitts begins negotiations on its border with "Europe"


"The consequence of the partial annexation of St. Eustatius (Statia) by the Kingdom of the Netherlands is the ursupation of significant parts of the Caribbean Sea by European Union states. Meanwhile, Statia never voted for such annexation, and is considering a referendum on legitimate political options which would provide for the ownership of the sea resources by the people of the territory. In the meanwhile, it appears the resources grab by EU countries continues unabated while the right of the people to ownership and control of their marine resources is dismissed ."  -  an Eastern Caribbean political scientist 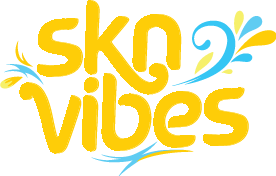 November 5th, 2013  --  The first round of discussions to settle the maritime boundary between St Kitts and Nevis and the island of St Eustatius – a special municipality of the Netherlands – have begun in London at the Commonwealth Secretariat.

The Commonwealth is assisting St Kitts and Nevis to resolve its outstanding maritime boundaries with five neighbouring countries in the Caribbean region. Delegations from St Kitts and Nevis and the Netherlands met on Tuesday, 29 October at the Secretariat’s headquarters.

For many small island countries such as St Kitts and Nevis, access to natural resources has and continues to play a critical role in shaping their economic and social development. The demands of growing populations coupled with a desire by governments to reduce dependency on foreign natural resources, particularly oil, gas, and minerals, have compelled many countries throughout the world to renew efforts to explore for and develop their natural resources, including fisheries resources and offshore oil, gas and mineral reserves of the seabed.

By delimiting their maritime boundary, countries are able to manage their areas of ocean without affecting their neighbours’.

Posted by Overseas Review at 1:30 PM No comments: