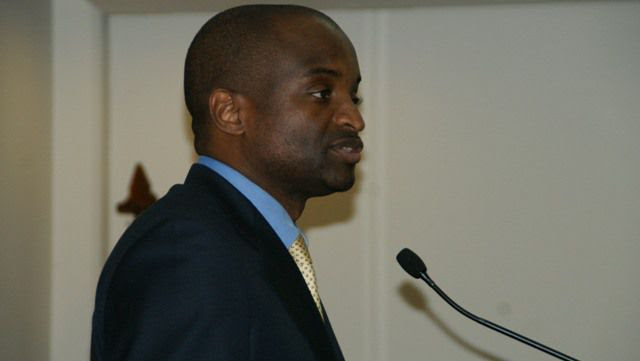 Director of Public Affairs Xavier Blackman says he does not recognize the new central government as legitimate.

The main raison for Blackman not to recognize the new Central Government rule is because he believes this goes against Statia’s right to what is called ‘a Full Measure of Self Government’. “At the beginning of our meeting with you, Mr. Stegers, and Ms. Dijkshoorn-Lopes of 13 February, I indicated to you that I can not and will not acknowledge the positions in which you have been appointed by the Dutch government”, according to the letter written to Mike Franco, with copies to among others the Second and First chambers of Dutch Parliament.

Blackman in his letter to Franco also states that the legality of the appointment of Franco and Stegers, their actions, as well as the actions of the Dutch State can and should be checked against applicable international and national laws.

Blackman in his letter also warns that any action against him by the new Central Goverment will lead to legal action from his side.
“On the basis of the above (reference is made to the body of his letter, Editor), I will therefore not discuss the contents of your letters of 13 and 14 February, and it is sufficient for the time being to inform you that I will hold the Dutch State, and where possible and/or applicalbe you and Mr. Stegers personally liable for the consequences of the aforementioned (future) actions towards my person”, writes Blackman at the end of his letter, dated February 16, 2018.
Posted by Overseas Review at 2:04 PM No comments: