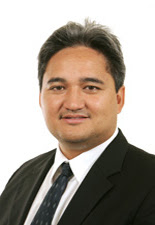 Senator Richard Tuheiava sent to Tahiti Info-copy of a written Parliamentary Question tabled by him June 21, 2011 in the Senate to the attention of the Prime Minister of the French Republic, Mr. François Fillon, about reinstatement of the Community of Overseas French Polynesia on the United Nations list of Non-autonomous territories.This approach is consistent with the political will of the Government of French Polynesia, expressed in its resolution of 15 official JOPF published in June 2011 16 June 2011, as well as that of the 29 representatives of the Assembly of French Polynesia co-signed a joint petition dated of March 10, 15 and 16 June 2011: "

Then, by a resolution issued June 16, 2011 at JOPF, the Country President and his Cabinet, were associated with this application. These two documents are of a political history that should act nationally. Indeed, the United Nations Charter of 26 June 1945, which France is a signatory, has a Section 73 Non-Self Governing Territories, which stipulates that, for people who do not yet attained a full measure of self-determination , the "administering Powers" there must respect the principle of "primacy of the interests of these territories."

On the list of dependent territories of the United Nations governed by this article, French Polynesia and New Caledonia in 1947, was removed from it by unilateral decision of France. With an independent management in 1977, before the adoption of a status of internal autonomy in 1984, underwent Polynesia, on three successive decades, a sudden change in its mode of society due to the financial windfall from France in nuclear testing.

The French Constitution was amended to create a new view of Article 74 which sets the stage for institutional autonomy for local governments overseas who would "have a particular organization consistent with their own interests within the Republic. "But the period of political instability that ensued from 2004 to 2011 reveal the limits of that autonomy. French Polynesia has still not been reinstated on the List of Non-Self UN while the various facts that its colonial history reveals alone justify such a measure.

But it also leads to rethink a model of economic, social and cultural development into greater conformity with the provisions of Article 73 of the Charter of Nations United. The financial and economic situation of French Polynesia from 2008 to 2011 has seriously deteriorated due to political instability dating back to May 2004 but which in reality takes its roots on the one hand, in a nomadic politics with the uniqueness of the Polynesian community, and secondly, in a form of denial of the national government to the sovereigntist aspirations of a political class that has penetrated democratic local governance.

Without a political truce to arbitration of a supranational organization like the UN, it is unrealistic to consider an overhaul of the model of peaceful social and economic development primarily in the interests of Polynesian well understood. The Parliamentary therefore seeks Prime Minister that he could open as soon as possible the conditions for a constructive political dialogue between the national government and political institutions Polynesian, to consider - through a consensual framework to define - the reinstatement of French Polynesia on the List of dependent territories of the UN. "