Colonialism and Neo-colonialism in the Caribbean: An Overview 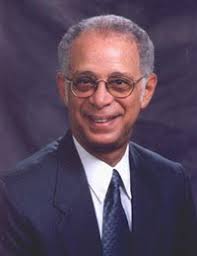 The contemporary Caribbean (1) is one of the most politically fragmented regions for its size on earth; and one with the strongest remaining colonial presence. Political divisions and external
control are major blocs to the consolidation of a Caribbean identity and the charting of an independent course of development in the interest of Caribbean peoples.

They undermine the ‘fragmented nationalism’(2) and the pervasive epistemological dependency (3), that is characteristic of the regional consciousness. This situation is a direct consequence of the region’s five-century long history as area of rivalry among, and colonisation by, external powers. Political decolonisation of Caribbean countries is incomplete; indeed it has come to a virtual standstill.

Initiatives at regional cooperation and regional integration have made some progress; but face continuing challenges. Such progress as has been made result from the efforts of Caribbean people themselves; and are continuing.

Rebellion, revolution, cultural affirmation and other forms of resistance are as integral to the Caribbean experience as are exploitation by external forces and internal elites. The tradition of struggle serves to inspire, inform and motivate current generations. Slowly but surely, a pan-Caribbean consciousness is emerging, led by the vision of cultural practitioners; and containing the seeds of a future Caribbean nation.

I am grateful to Dr Carlyle Corbin, editor of Overseas Territories Review, for his help in clarifying certain aspects of the constitutional situation of Caribbean non-independent countries and for his comments on an earlier draft of this paper. I am responsible for any errors that the paper might contain.

(1) In this paper we refer to ‘the Caribbean’ as constituting the archipelago which runs from the Bahamas to Trinidad and Tobago; plus Guyana, Suriname, French Guiana, Belize, and Bermuda.

Posted by Overseas Review at 9:46 PM No comments: