"The United Nations has begun to intensify its focus on the extensive unilateral authority exercised by the French Government over the affairs of French Polynesia in classic colonial fashion. Nevetheless, France stubbornly insists that this dependency model it calls 'autonomy' is somehow 'self-governing' and refuses to meet its international legal obligations to provide information to the U.N. on these political arrangements which do not meet even the minumum of self-governance standards."  - An international decolonisation expert.

WHY ARE THESE PEOPLE RUSHING OFF? 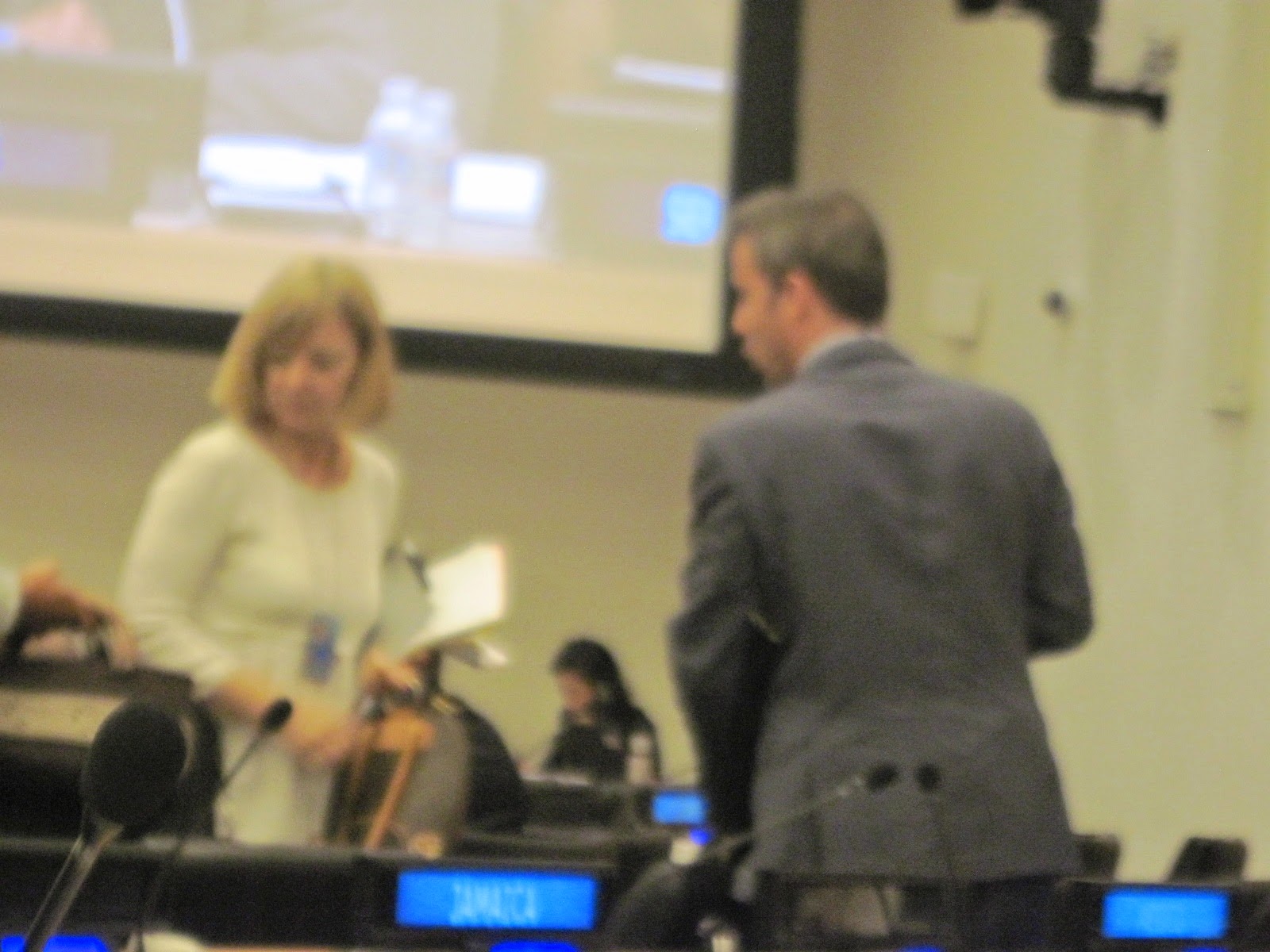 The Special Committee on Decolonization today concluded its 2014 substantive session with the approval, without a vote, of three draft resolutions, including one calling on France, New Caledonia’s administering Power, to consider developing an education programme to inform the people in the Territory about the nature of self-determination and prepare them for a future decision on the matter.

By other terms of that expansive text, introduced by Papua New Guinea’s representative (document A/AC.109/2014/L.12), the Assembly would urge all concerned parties, in the interest of the people there and within the framework of the 1998 Nouméa Accord, to promote peaceful progress towards an act of self-determination with all options open.  It would encourage France to guarantee the inalienable right of the people to own, access, use and manage their natural resources, including proprietary rights for their future development.

Further by the text, the Assembly would note the concerns regarding challenges in the provincial elections process, and encourage the administering Power and the people of New Caledonia to address those amicably under the relevant laws in the Territory and in France, in line with the Noumea Accord.  It would commend the recommendations of the United Nations visiting mission to the Government of France and of New Caledonia for appropriate action.

A draft resolution on the question of Tokelau (document A/AC.109/2014/L.15) would have the Assembly acknowledge the decision of the General Fono in 2008 that consideration of any future act of self-determination by Tokelau would be deferred, and that New Zealand and Tokelau would focus on enhancing essential services and infrastructure on the atolls.

A related provision would have the Assembly recallthe adoption by Tokelau of its National Strategic Plan for 2010-2015, and commend the achievement in 2013 of 60 per cent of the Plan’s objectives, including completion of the Tokelau Renewable Energy Project with the support of the administering Power.

The text on the question of French Polynesia (document A/AC.109/2014/L.16) would have the Assembly express regret that France had not responded to the request to submit information on French Polynesia under Article 73 (e)of the United Nations Charter, and call on it to intensify its dialogue with French Polynesia to facilitate rapid progress towards a fair and effective self-determination process.

Reaffirming that it was up to the people of French Polynesia to determine freely their future political status, in line with relevant texts, the Assembly would call on the administering Power, in cooperation with the territorial Government and appropriate bodies of the United Nations system, to develop political education programmes for the Territory in order to foster an awareness of the people’s right to self-determination in accordance with legitimate options.

Following a presentation by Amadu Koroma (Sierra Leone) on the United Nations visiting mission to New Caledonia from 10 to 15 March, Rock Wamytan, Signatory to the Noumea Accord and President, UC-FLNKS, Congress of New Caledonia, called the mission “historic” in that it had taken place during the final period of the Nouméa Accord, with the Kanak people hoping to achieve self-determination through electoral consultations.

The Accord’s provisions on those consultations, he said, could end a 160-year-long history of turning the Kanak people into a minority through a methodical settlement policy.  Through the non-independence parties, France was threatening Kanaks in efforts linked to the creation of lists of those eligible participants in elections, he said, adding that, for decades, the administering Power had set the rules of the game on voting rights, having strengthened the anti-independence party and contravened the wishes of the Kanak people.

Béatrice Le Fraper ( France) said her country had regularly communicated with the United Nations and responded positively to the Special Committee’s requests.  Her Prime Minister had decided to undertake the mission to show that France played an “exemplary” role in New Caledonia.  Provincial elections, held on 11 May, had been conducted smoothly, she said, emphasizing that the Nouméa process should be seen through to the end and allow for the full exercise of sovereignty by Caledonians.  A critical discussion phase was beginning among Caledonians, which must be done in an atmosphere of mutual trust.  France’s role was to facilitate dialogue that linked the various segments of Caledonian society.

Gaël Yanno, President of the Congress of New Caledonia, said that, in the May provincial elections, anti-independence candidates had won a majority of seats.  Free association, integration and independence were not the only options for New Caledonia, he said, noting the option to become a decolonized French territory.

Marie-Paule Tourte-Trolue, Deputy Secretary-General, Office of the High Commissioner of New Caledonia, said the French Government was a partner in the Nouméa Accord, having “progressively and irreversibly” shifted its powers to New Caledonia and supported socioeconomic development.

Additional participants in today’s discussion were the representatives of Nicaragua, Saint Lucia and Chile.

READ FULL PRESS RELEASE HERE.
Posted by Overseas Review at 10:00 AM No comments: