"This (French) settlement colonisation policy is based in particular on population displacement and transfers...The objective of this settlement policy is to counter the independence of New Caledonia and the Kanak people, i.e. to keep New Caledonia French on behalf of the superior interests of the (French) State."

This speech, concerning the electorate problem in New Caledonia, has to be situated in the general context of French colonial policy and its methods. The current policy is a direct descendant of the well-known “false

decolonisations”, including by the UN, which have been going on since the last world war of 1940/45, among others, since the Brazzaville conference in 1944. A policy initiated by General de Gaulle and still continued until now.

In this context, the current problem of the special electoral roll for the 2014 provincial elections is not just a technical problem, as the representatives of the French State assert. It is a political problem. This is why the FLNKS and the Labour Party have established a Policy and Citizenship Commission. The current result of their research reveals that a certain number of persons on this special electoral roll do not fulfil the 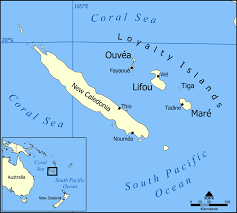 applicable conditions provided by the Noumea Accord, the 1992 Organic Law and the Constitutional Law of 23 February 20073 Gradually finding anomalies, this Commission decided to concentrate its research on voters born outside New Caledonia and before 31 October 1980 (see annexed summary table) 4
.
Today, this FLNKS and Labour Party Commission, after checking its research results, asserts that, on the one hand, 6,720 persons appearing on the special electoral roll for the provincial elections (out of a total of 150,482 voters on the special roll, i.e. 4.46% of those registered on this roll) do not fulfil the applicable required conditions and have thus been wrongly registered on the special electoral roll. In addition, nearly 1,900 Kanak persons are maintained on the annexed table of voters not allowed to vote in the next provincial elections, whereas they are born in New Caledonia, from the indigenous and colonised people, and most of them have never left New Caledonia.

Posted by Overseas Review at 10:50 AM No comments: