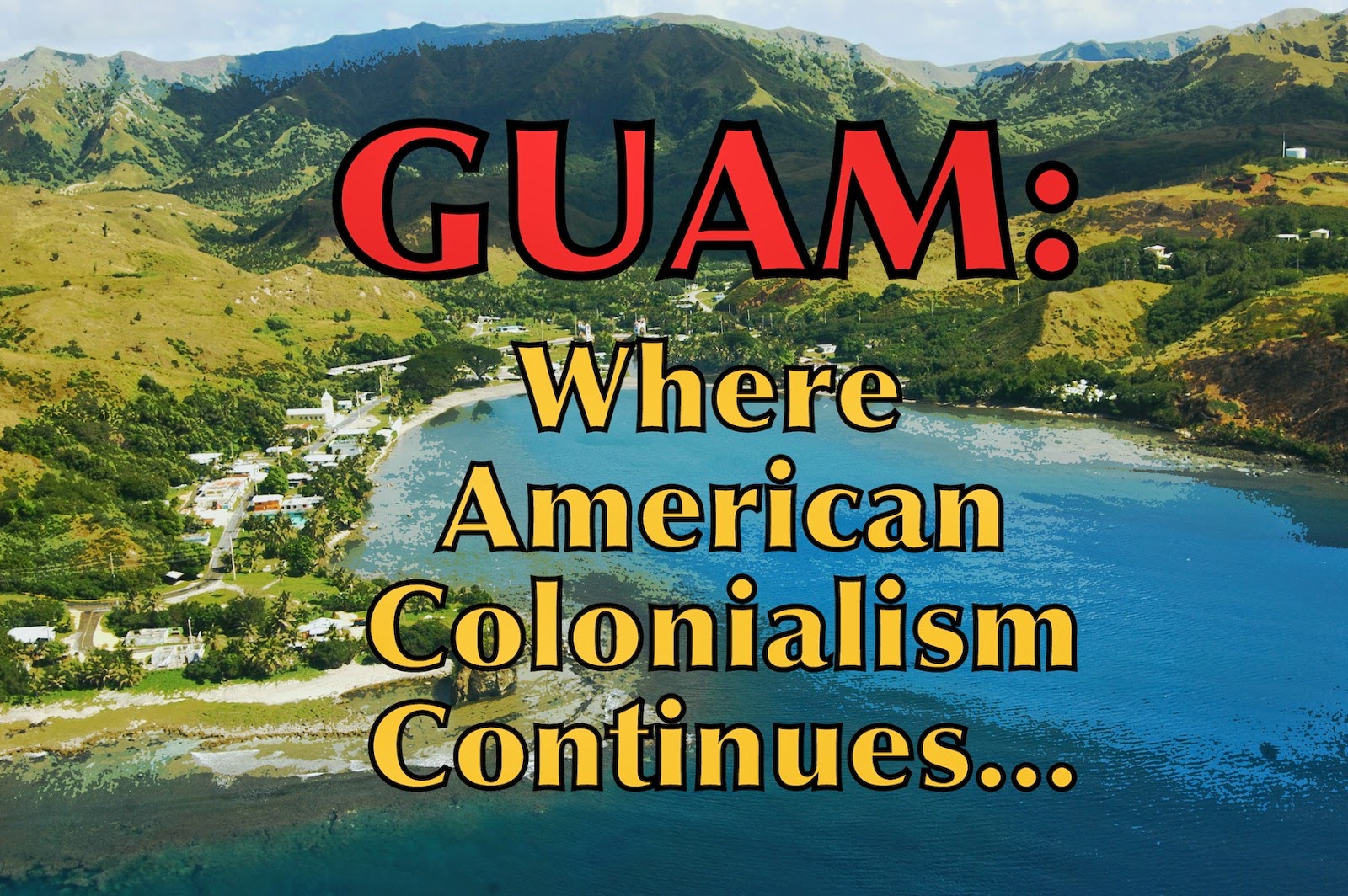 "Guam, Where America’s Day Begins” has always been a slogan that doesn’t sit right with me. When I was in school and learned the slogans or nicknames or different states, I was always struck at how different the others were from the one I would hear on Guam. New Mexico is the Land of Enchantment. New York is the Empire State. Then there’s the Volunteer State, the Granite State, the Show-Me State, etc.

For those communities that are full and real parts of the United States, their mottos are a commentary on how they entered the union or what they bring into the American family. With the exception of Maryland, which sometimes is referred to as “America in Miniature” none of them use the word “America” in their nickname. In an interesting way, the 50 states are the real pieces that make up the American whole, they don’t have to say they are America’s this or America’s that. They are included.

Guam on the other hand, which is “foreign in a domestic sense” isn’t really a part of the United States, but something that belongs to it. The inclusion of the 50 states is an assumed fact, no one needs to be reminded about it (except sometimes in the case of Hawai’i). But for the colonies, you always have to find some way of asserting that you belong, or reminding your colonizer that you are a distant and regularly forgotten part of them.

I always found it intriguing that this slogan “Where America’s Day Begins” is used as a selling point for Guam, a marketing mantra to bring others, such as tourists here. But the truth of it is, that this mantra exists just as much for ourselves, in order to help convince ourselves that we exist as more in relation to the United States than we really do.

Guam is a colony. Calling it where America’s Day Begins doesn’t change that fact, but it does provide a means of helping people forget the colonial truth. Perhaps if we say we are “Where America’s Day Begins” enough times, and put it on enough t-shirts, throw it into enough videos or speeches, we might actually become a part of America! This is not how the world works, but rather a convenient means of allowing one to obscure the truth and accept a wishful patriotic fantasy instead.

I am currently working on an academic article about the relationship between Guam’s colonial status and the development of its tourism industry. The “Where America’s Day Begins” slogan plays a big role in providing the theoretical framework for understanding how Guam’s relationship to the United States has both stimulated the growth of tourism, but also inhibited it at times.

As a colony of the United States, Guam has gotten to market itself as “America in Asia” so travellers from Asia can travel just a few hours, for just a few hundred dollars and experience this lovely 212 sq. mile sliver of America. Guam is able to promote itself as an exotic location that can provide an American sense of stability, which other “exotic” and faraway locations may not be able to pull off. Traveling to some paradisical third world country might get you stuck in the middle of a coup, but not if you come to Guam, where you can rely on good old American consistency!

The downside to this however is that, the relationship to the United States comes with military bases and is based heavily on strategic importance. The United States has been involved in more wars and more conflicts than any other country since World War II, and this does have an affect on our tourism industry. US involvement in conflicts in Vietnam, the Middle East and even 9/11 all affected visitor arrivals. Increased visibility as a military bastion can inevitably lead to decreased viability as a tourist destination.

We have been fortunate thus far in this regard, but even the Guam Visitor’s Bureau in 2010 admitted to the possibility that a significant increase in the size of US military bases on Guam and the number of military personnel could have severe effects on Guam’s desirability as a tourist destination. Jet skiing next to amphibious assault training tends not to make treasured memories.

While people are always quick to point to how the relationship to the United States supports and sustains and stimulates, we should never forget the ways it also constricts and inhibits. Being a colony means that basic elements of self-governance are absent here, or as we were reminded recently by the Obama Administration, things such as having a local government or citizenship or being able to benefit from US Federal programs are privileges, not rights. We find examples of this in the realm of tourism both in the past as well as today.

Most people today don’t remember that after World War II, everyone coming in and out of Guam required clearance by the US Navy. Even Chamorros returning to their homeland required the permission of the US Navy for entry. This restriction, which fell into the hands of the US Navy and was not under local control, limited economic development on the island, included any tourism. It was eventually rescinded in 1962 after the recently appointed governor of Guam, Bill Daniels complained.

What we find today is that Guam’s ability to grow certain new tourist markets is severely hampered by the lack of local control over immigration. Local leaders have been seeking a Guam only visa waiver for mainland Chinese for decades, but have been unable to get anywhere because of the conflict with national and diplomatic interests. Some may point to the fact that in 2012 Homeland Security exercised its parole authority to allow Russian citizens to visit Guam without a visa, as an example to how things are not that bad. But this only ignores the fundamental issue, namely that it was not our decision and it is a privilege that can be taken away. The basic rights and abilities that a community needs to develop itself are not in our control.
Posted by Overseas Review at 7:08 PM No comments: