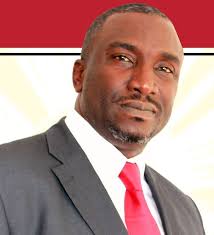 Following the decision by Britain’s House of Commons, to pass the amendments to the Sanctions and Anti-Money Laundering Bill 2017-2019, which now mandates Montserrat and other British Overseas Territories to introduce public registers of beneficial ownership of companies by 2020, I think it is necessary to state, up front, my concern that this may very well set in motion a worrying precedent for future legislative changes in Montserrat and other British Overseas Territories.

Despite recent pronouncements by the UK of a renewed partnership with the Overseas Territories, this action was certainly to the contrary as it shows a lack of trust and disregard for the Montserrat Constitution. Especially since the UK Crown Dependencies Guernsey, Jersey and the Isle of Man (which are significant offshore financial services centres) are exempted from the requirement. This has already led to concerns about double-standards.

I must make it very clear, that even without the UK’s legislative intervention, Montserrat has been governing its financial affairs in accordance with international standards and we will continue to do so. In simple terms, we did not need legislation from the UK to mandate us to comply with international standards for our financial affairs, as we have been adapting and complying to these standards for a number of years.

In response to the call by the global community, in 2013 Montserrat published its Action Plan to implement Financial Action Task Force (FATF) Recommendations to prevent the misuse of companies and legal entities. The Government of Montserrat, in honouring our commitment, has confirmed to the international community that it already has a public registry of legal entities and has taken steps to ensure that legislative provisions are introduced to obtain the beneficial owners of all registered companies.

The requirement for companies to provide beneficial ownership information is already provided for in our Companies Bill 2018, which had its first reading in the Montserrat Legislative Assembly in January 2018, with the second and third readings to follow. With this Bill enacted, Montserrat will be fully compliant with FATF Recommendations 23 and 24.

By this, the Government of Montserrat confirms to the international community, of which the UK is a part, that:

So, even without this legislation, the Government of Montserrat has been working to ensure that we operate in a sound and transparent manner.
Additionally, the commitments Montserrat made exceed current Financial Action Task Force standards for combating money laundering and countering the funding of terrorists and terrorist organisations. These bilateral arrangements put us ahead of most jurisdictions, including many of the G20 countries and some states in the United States of America.

Moreover, Montserrat is also compliant with the international standard which is set out in the Organisation for Economic Cooperation and Development (OECD) Global Forum’s Terms of Reference for the implementation of the standard of transparency and exchange of information for tax purposes. To this end, Montserrat is an Early Adoptor of the Automatic Exchange of Information of the Common Reporting Standard and has entered into Tax Information Exchange Agreements (TIEAs) with 11 countries and Double Taxation Agreements (DTAs) with two (2) countries.
Consequently, there would be no need for the U.K. to apply Orders in Council to mandate that Montserrat establish a Public register of beneficial owners of legal entities.

I wish to strongly affirm that Montserrat’s implementation of the international standards for combatting money laundering and countering terrorism financing gives Montserrat a level of transparency and openness, which puts us in an ideal position to attract investors to our Financial Services sector.

So rather than seeking to legislate for the Overseas Territories and risk damaging the longstanding constitutional arrangements with respect to our autonomy, especially since Montserrat is already compliant with international standards, the UK should choose instead to continue to partner with Montserrat and the OTs, in the spirit of our bilateral arrangements and legislative efforts as they relate to openness and transparency in our Financial Services sector.

It is important to note that the imposition of this legislation was not supported by many UK Members of Parliament, who spoke very passionately against the bill. For example, the Hon Lord Ahmad (who is the FCO Minister for the British Overseas Territories) led the House of Lords debate in defeating the imposition of the very same Bill on BoTs. However, once there was sufficient support for the bill among backbenchers in the House of Commons, the UK Governing Majority – facing defeat – withdrew from opposing the Bill.

Clearly, I have shown that Montserrat, even without the UK’s legislative intervention, has been governing its financial affairs in accordance with international standards and we will continue to do so.

As such, we are demonstrably capable of enacting our own legislation in accordance with our constitutional and democratic right, to make laws for the peace, order and good governance of Montserrat.

Thank You.
Posted by Overseas Review at 9:41 AM No comments: