The families of 33 pro-independence fighters who were killed in the 1950s in the region today known as Malawi are demanding reparations from the UK for “unjustified killings” perpetrated towards the end of colonial rule.
Relatives of protesters who were killed by British colonial forces in Malawi in 1959 during the Operation Sunrise massacre in Nyasaland said they are seeking reparations in court.
The South African newspaper Mail & Guardian reports the families of 51 slain freedom fighters are pushing the Malawi government to seek £100-million in compensation.
On March 3, 1959, Britain imposed a state of emergency in Nyasaland to stop violent protests by political activists of the Nyasaland African Congress fighting for independence, led by Hastings Kamuzu Banda.
The peaceful and unarmed protesters, including three pregnant women, were demonstrating against the arrest of freedom fighters on a passenger ship on the shores of Lake Malawi. Public opposition to the detentions culminated in the killing of 51 demonstrators and 1,300 arrests.
Read more 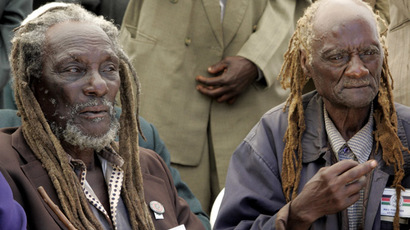 Speaking to the Guardian, Raphael Mhone, a lawyer representing the victims’ families, said:“The families of the 33 deceased are mourning year in and year out. The killings created a lot of challenges to families, because some of those killed were breadwinners.
“It should also be borne in mind that apart from creating economic and social challenges to such families, the mere fact that they were innocently killed warrants compensation from those responsible.
“First, we will engage Britain diplomatically to own up to their responsibility. The martyrs were not criminals.”
He added that if diplomacy fails, he would bring the case to London’s High Court, “like the Kenyans did.”
Nyasaland became independent from British colonial rule on 6 July 1964 and was renamed Malawi.
Some claim Malawi could use the Mau Mau case as a precedent to push for compensation. In 2013, due to a ruling by the high court, the UK government paid out £19.9-million in costs and compensation to 5,228 Kenyans who had been tortured by British colonial forces during the Mau Mau uprising between 1952 and 1960.
Malawi’s daily, the Nation newspaper, said in an editorial this week: “Let dialogue prevail. Innocent lives were needlessly lost at the hand of the federal forces as people of this country struggled for their emancipation. In the end, a lot is indeed at stake given the age-old relations between the two countries.”
Read more 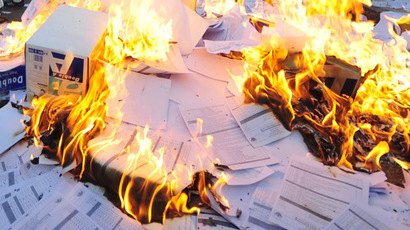 In March, John Chunda, the only surviving witness of the massacre and the representative of the families, reportedly presented a petition to the office of the British high commissioner to Malawi in the capital Lilongwe, demanding £100-million in compensation.
“This is the initial step,” Chunda told the Mail & Guardian. “If the UK government insists on denying, then we follow with litigation. It is a simple case. Representatives of the British Crown ordered the shooting of our freedom fighters and it’s on record. There is no way they can deny liability.”
“We have suffered for 56 years,” said Chunda, “a period long enough for people to make a meaningful [contribution] either to their families or the country had they not been slain like animals.
“They have been called martyrs all these years, but definitely their relatives need to be compensated for their souls to rest in peace.”
Read more 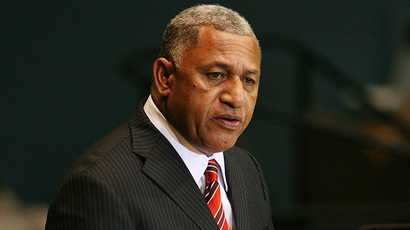 However, the British high commissioner to Malawi, Michael Nevin, has ruled out compensation.
“We are saddened by any loss of life during the struggle. We have had no discussion with the government of Malawi on this matter and do not consider the issues of compensation arise,”he told the Mail & Guardian.
“The UK and Malawi enjoy a close relationship that stretches back over many years and we look forward to that relationship continuing in the years ahead.”

Posted by Overseas Review at 12:51 PM No comments: