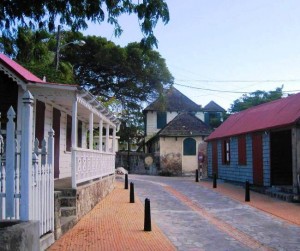 ORANJESTAD, St Eustatius - The capital of the Dutch Caribbean island of St Eustatius is named after the royal family of the Netherlands: Oranjestad. But maybe not for much longer. A petition to change the name into something that is not linked to the island’s colonial past is being launched.


From October 10, 2010, when the Netherlands Antilles were dissolved and St Eustatius became an integrated part of the European part of the Netherlands, the Dutch influence on the island has become stronger and stronger. To the point where many inhabitants feel that the identity of their island is being crushed.
READ FULL ARTICLE HERE
Posted by Overseas Review at 1:43 PM No comments: