The Public Policy Institute is a highly selective student internship program established by Speaker of the Guam Legislature Dr. Judith T. Won Pat. The program provides interns exposure to a vast network of distinguished leaders as well as to an array of professional and training opportunities for them to gain leadership, research, and work place skills and experiences.

The Institute is a unique and rigorous program where interns have the opportunity to learn first-hand about the island's legislative process by participating in a variety of activities from bill research and writing, organizing and conducting public policy briefings, paging, and by providing executive-level staffing.

Interns also meet with distinguished leaders from a range of professional backgrounds and take fieldtrips to other branches of government in order gain a broader understanding of the separate but equal branches of of our democracy.

The Leadership Circles (LCs) are a series of visits to each of the respective high schools designed to stimulate dialogue and foster a greater understanding, knowledge and appreciation of issues associated with social justice, decolonization diplomacy and political self-determination. LCs were recently facilitated by Dr. Carlyle Corbin, a United Nations recognized expert on self-determination and governance for over two decades. The LCs were conducted in a small group setting of students, teachers and community leaders. 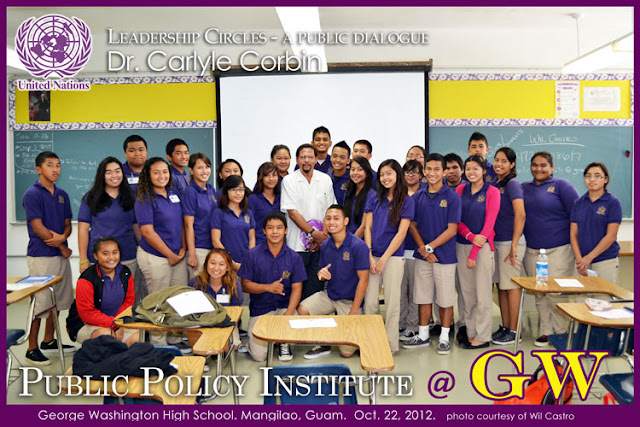 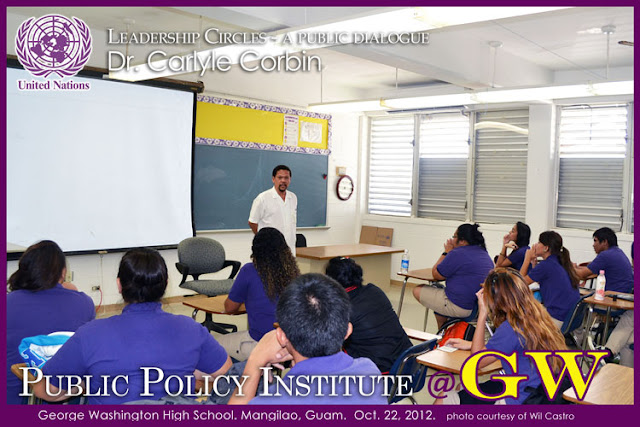 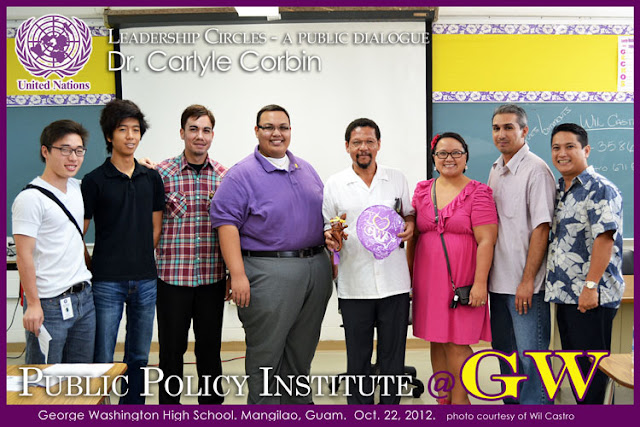 The Public Policy Institute was instrumental in the coordination of the 2012 Global Forum which brought together students who assumed the role of diplomats from selected countries from specific regions of the world to debate an international issue of particular concern to economic, political and social development. The format is modeled after sessions of the United Nations General Assembly. Below are pictures of some of the action of the 2012 Global Forum. 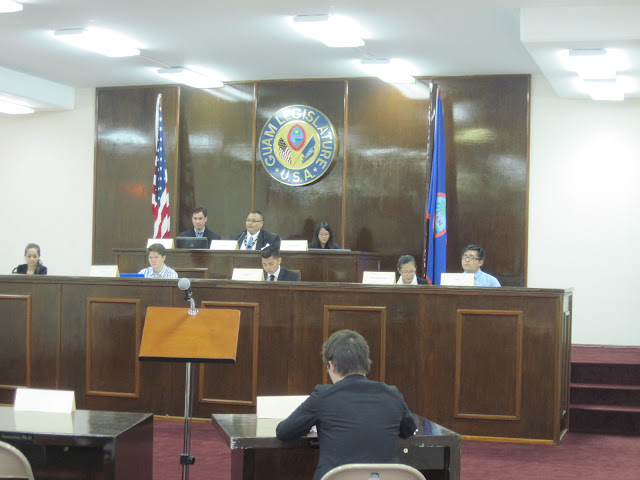 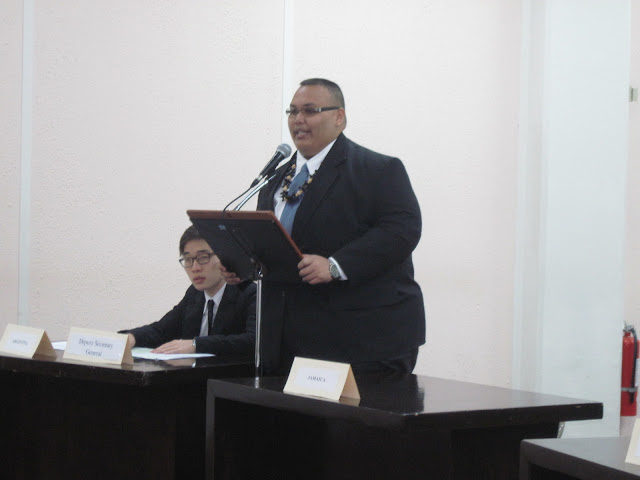 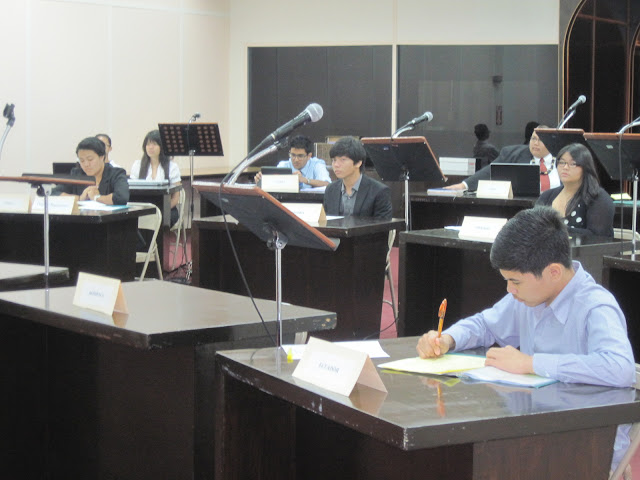 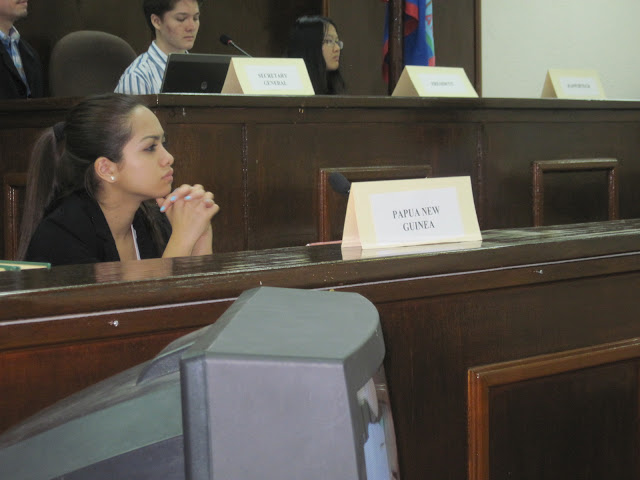 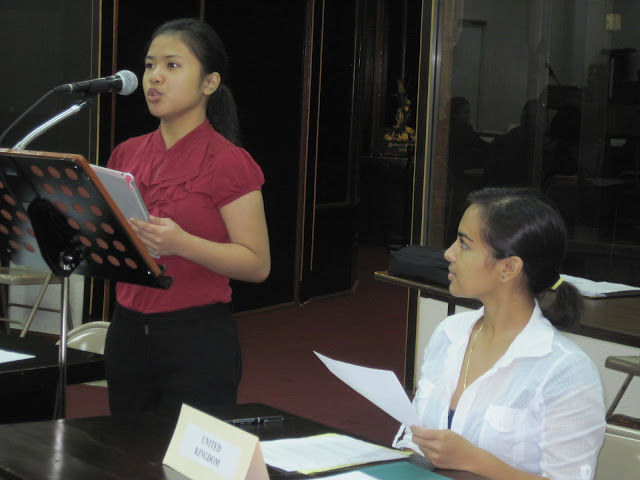 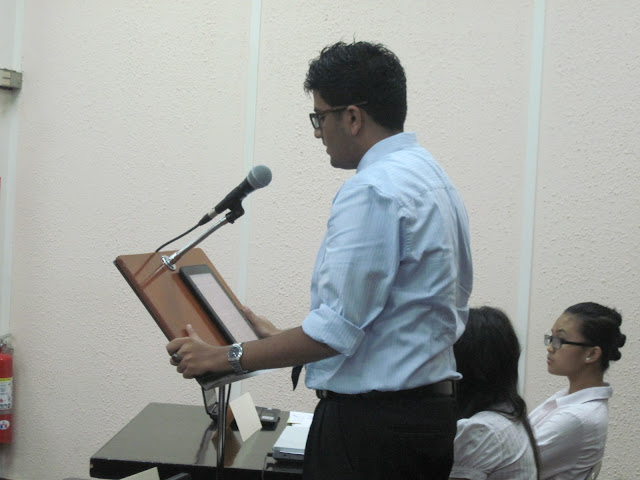 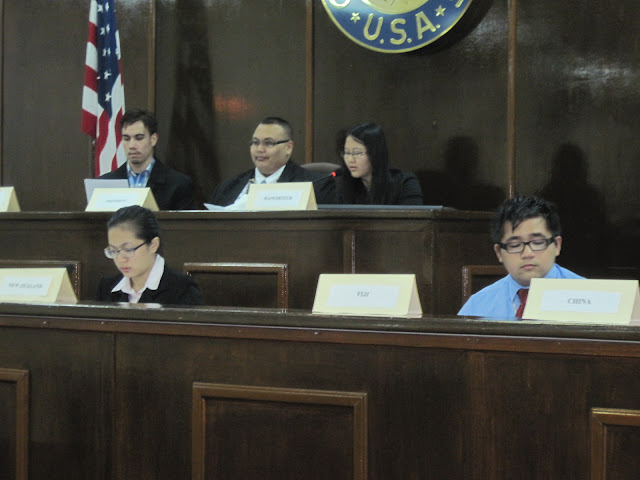 Posted by Overseas Review at 5:47 PM No comments:

Corruption: A Greater Problem In The United Kingdom

As part of the survey on corruption in Europe, Transparency International’s national chapter in the UK did a special focus on “corruption in the UK”. The results were damning: “Corruption is a greater problem in the UK than is currently recognised”, the research found.

The art of control

In 2009, the Cayman Islands reached a great milestone in its democratic process by negotiating and holding the first ever national referendum to modernise its Constitution. This approved Constitution was subsequently accepted by Her Majesty Queen Elizabeth II Privy Council on 10 June 2009, and then came into effect later that year.

This was a significant accomplishment through which, as a country, we took the decision and followed through on the process to determine how we want to govern ourselves and live in the 21st century.

Interestingly, the Bill of Rights, which came into effect this week, was also part of that 2009 Constitution. This was another first and through it we now have an instrument that defines our fundamental human rights and freedoms and provides the framework through which such rights can be protected and defended.

The development and acceptance of a modernised Cayman Islands Constitution in 2009 all seemed to be aligning itself to the United Nations position in May of 2008, in which Secretary-General Ban Ki-moon pleaded with administering colonial powers to actively engage in the process of decolonisation of their member colonies.

While the 2009 Constitution did not do away with the age-old relationship between the Cayman Islands and the United Kingdom as our “mother country”, it certainly intended to, and basically provided for a greater level of autonomy in governance by local officials, elected by and for the people.

Yet, three years later after implementing our modernised Constitution, we find ourselves in an odd position. The United Kingdom has stepped in and taken control of approving our annual government budget. In addition, they will also be providing significant oversight over our decisions regarding public sector development projects.

While it is agreed that the UK bears ultimate responsibility for us as a colony, the actions by the UK appear to be a step back in the process of preparing a country for ultimate self-governance. Where does this align itself with the UN Secretary-General’s mandate of moving towards decolonisation?

This week, we watched in amazement as the Premier, Hon McKeeva Bush, took on the UK regarding the Framework for Fiscal Responsibility (FFR), and the capital project of developing the George Town cruise port by a Chinese company. At the end of what played out as a rancorous exchange of letters and press statements between Cayman, the Governor’s office and the Foreign and Commonwealth Office, the Premier assented to the FCO’s demands – implementation of the FFR without amendment and cessation of negotiations on the port project with China Harbour Engineering Company.

Most will agree that the FFR is a good thing for our country. Nonetheless, the one key area of contention pointed out by the Premier, namely that of the UK having ultimate decision over matters pertaining to our financial industry and investment affairs, definitely was not a step in the right direction. If the UK insists that we journey down a certain road against our wishes, and their decision ultimately has negative repercussions for the country, then the UK should be made liable to compensate us for any bad advice given, upon which we are forced to act.

The Premier is to be commended for his stance against the FCO on this point, as it is critical for the long-term viability of our country in the global financial arena.

While our constitution has been enhanced in recent years, the UK appears to still be up to its same old game of controlling colonies for their eventual gain. Only time will tell whether the decisions made by the UK on our behalf will truly be for our benefit, or theirs.